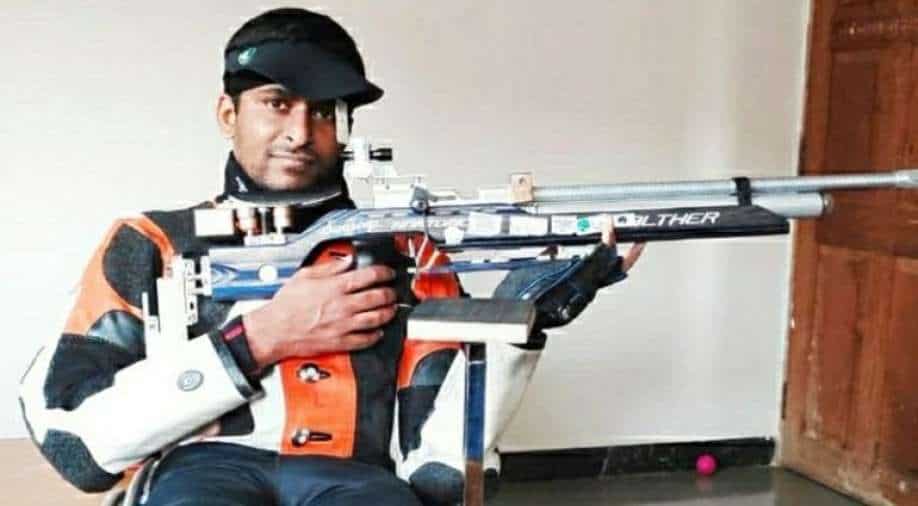 At one point the 34-year-old from Kolhapur was leading but a 9.9 and 9.5 in the sixth series pushed him out of medal contention.

Indian shooter Mahavir Swaroop Unhalkar narrowly missed out on a medal as he finished fourth in the men's 10m Air Rifle Standing SH1 event at the Tokyo Paralympics 2020 on Monday (August 30).

At one point the 34-year-old from Kolhapur was leading but a 9.9 and 9.5 in the sixth series pushed him out of medal contention.

He took up rifle shooting in 2009 and began participating in competitions in 2012.

Unhalkar had advanced to the final in the seventh position after firing a total of 615.2 in the qualification round.

The other Indian shooter in the fray, Deepak finished 20th in qualification with a score of 592.6 and thus failed to advance to the main round.

Congratulations to @swaroopunhalkar for this incredible & remarkable performance at #Tokyo2020 #Paralympics 🎉🇮🇳 kodus for this #ProudParalympian moment! Onwards & upwards from here, a very bright future ahead! #Praise4Para #Shootingparasport ❤️💙💚 https://t.co/h7NuoCYAWN

Yogesh Kathuniya won a silver medal in the men's discus throw F56, finishing second with a distance of 44.38 in the final.