Tokyo Paralympics: Bhavinaben Patel assured of at least silver, says 'everything is possible' 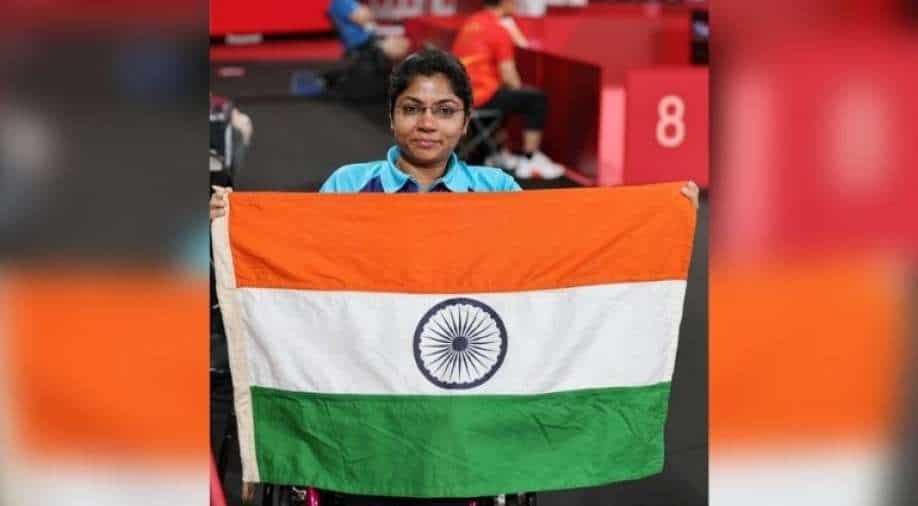 "When you give your 100 per cent you can win a medal. I am mentally ready for the finals and I just want to give my 100 per cent," Bhavinaben added.

India's para table tennis star Bhavinaben Patel said that "everything is possible" after she entered the women's table tennis (Class 4) final at the ongoing Tokyo Paralympics. She is assured of at least silver medal.

Bhavina registered a hard-fought 3-2 win over China's Miao Zhang in the semifinal and will play against world number one Chinese paddler Ying Zhou in the gold medal match.

After the match, Bhavinaben in a video said, "If I keep on performing like this, I will definitely win the gold medal. I never thought of reaching the finals and only concentrated on giving my 100 per cent and I did that only."

"And when you give your 100 per cent you can win a medal. I am mentally ready for the finals and I just want to give my 100 per cent," she added.

"I want to thank everyone, PCI, SAI, blind people association and TOPS as because of their support I've reached here," she added.

Competing in her maiden Paralympics, Patel lost the opening game in a tight contest but, she made a strong recovery, claiming the next two games.

Nothing is impossible as long as you want to do it: India's #BhavinaPatel makes history by becoming the first Indian #TableTennis player to enter the finals in #Paralympics @IndiaSports@YASMinistry #TokyoParalympics pic.twitter.com/Sm5QID3Wfx

In the fourth game, Zhang showed her class not giving Patel the bragging rights just yet as the match headed into the decider.

In the deciding fifth game, Patel took a time out after which she notched up the win.

In the quarterfinal on Friday, Patel had defeated 2016 Rio Paralympics gold winner and world number two Borislava Peric Rankovic of Serbia to clinch a medal and script history.