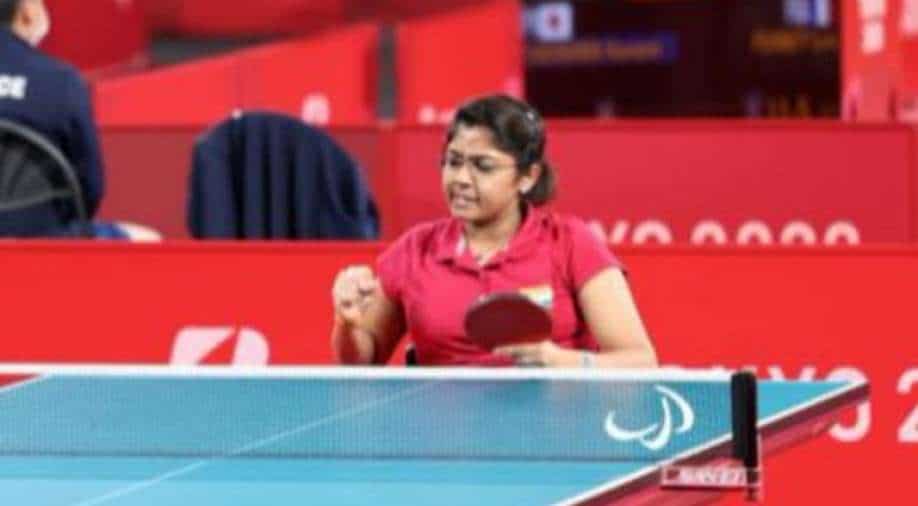 Next, she will take on world number one Chinese paddler Ying Zhou in the gold medal match.

India's para table tennis star Bhavinaben Patel continued the historic run at the ongoing Tokyo Paralympics as she became the first Indian to enter the final of a table tennis event.

She registered a hard-fought 3-2 win over China's Miao Zhang in a class 4 semifinal on Saturday (August 28).

Next, she will take on world number one Chinese paddler Ying Zhou in the gold medal match.

Our champ @BhavinaPatel6 makes it to the final and we could not be happier!!

Bhavina will take on #CHN Ying Zhou in the Gold medal match tomorrow, 29 August at 7:15 AM (IST)

Competing in her maiden Paralympics, Patel lost the opening game in a tight contest.

But, she made a strong recovery, claiming the next two games. In the fourth game, Zhang showed her class not giving Patel the bragging rights just yet as the match headed into the decider.

In the deciding fifth game, Patel took a time out after which she notched up the win.

In the quarterfinal on Friday, Patel had defeated 2016 Rio Paralympics gold winner and world number two Borislava Peric Rankovic of Serbia to clinch a medal and script history.