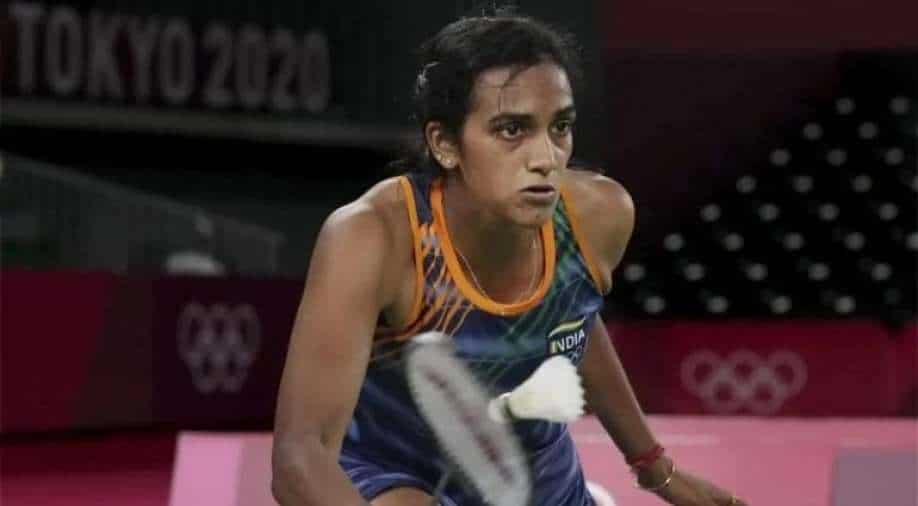 PV Sindhu will compete against He Bingjiao of China in bronze medal match in women's singles.

Indian star badminton player PV Sindhu will now focus on the bronze medal match after losing the women's singles semifinal at Tokyo Olympics 2020. To book a place on the podium, The 2016 Rio silver medallist Sindhu will face He Bingjiao on August 1 (Sunday) at the Musashino Forest Sport Plaza.

After the semi-final loss, Sindhu said, "It was a good match. I fought until the end. In the second game I gave away a huge lead but still I was fighting back because you never know, it can change at any moment. It‘s the Olympics, you have to fight until the last point and I have done that."

She added, "I'm a bit sad because it’s the semifinals. I’ve tried my best, but it was just not my day."

The reigning world champion PV Sindhu has the chance to become the first Indian female to win two Olympic medals. As far as the third-place match is considered, Sindhu and Bingjiao have met multiple times in the past. However, Bingjiao leads PV Sindhu 9-6 in the head-to-head record.

Sindhu suffered a heartbreaking loss in the semi-final to world number one Tai Tzu Ying 18-21, 12-21. Earlier, she had defeated Yamaguchi in the quarter-final. She had entered the women's singles quarterfinals after beating Denmark's Mia Blichfeldt in straight games in the Round of 16 match. Sindhu had defeated world No. 34 Hong Kong's NY Cheung 21-9 21-16 to top Group J.

On the other hand, the Chinese shuttler Bingjiao lost her semi-final match against her compatriot Chen Yufei. Bingjiao boasts of some outrageous scorelines like 21-6, 21-3. She topped the group stage and entered the quarters. After receiving a bye due to the retirement of Beiwen Zhang of the USA in the Pre-quarters, she defeated Nozomi Okuhara in the quarters by 13-21, 21-13, 21-14.