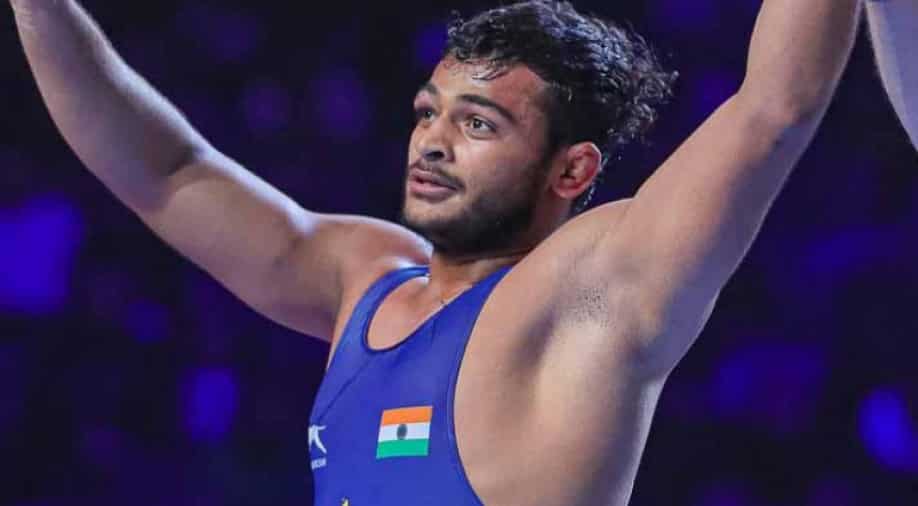 Deepak Punia has burst into the semis with two successes. He will hope to proceed with his series of wins as he's only two successes from securing a gold medal.

Lin Zushen attempted to grasp Deepak's legs however the Indian was astute enough as he procured his first point of the match.

China's Lin Zushen was keeping watch for his first point this match. Furthermore, he got it! He pushed Deepak Punia out of the ring and levelled scores.

That is an astute strategy by Deepak. He got Lin Zushen's leg yet the Chinese player didn't appear to move. Deepak Punia applied more pressure and pushed the player outside the ring.

China challenged the referee's choice, and they won the challenge. With that, China acquired points and levelled scores with India.

Deepak Punia made a sensational move with ten seconds left in the game and took two points alongside him.

China once again challenged the referee's decision, and they lost the challenge. With that, Deepak Punai acquired another point and advanced to the semi-finals.

Deepak Punia has burst into the semis with two successes. He will hope to proceed with his series of wins as he's only two successes from securing a gold medal. He will confront an extreme test in his semi-final bout as he clashes with perhaps the best David Taylor, who is a solid competitor to win gold.

Although, one can't preclude Deepak as he has done ponders today and will be hoping to pack a medal for his country.

Deepak Punia will be in action again around 3:00 PM as he takes on David Taylor.