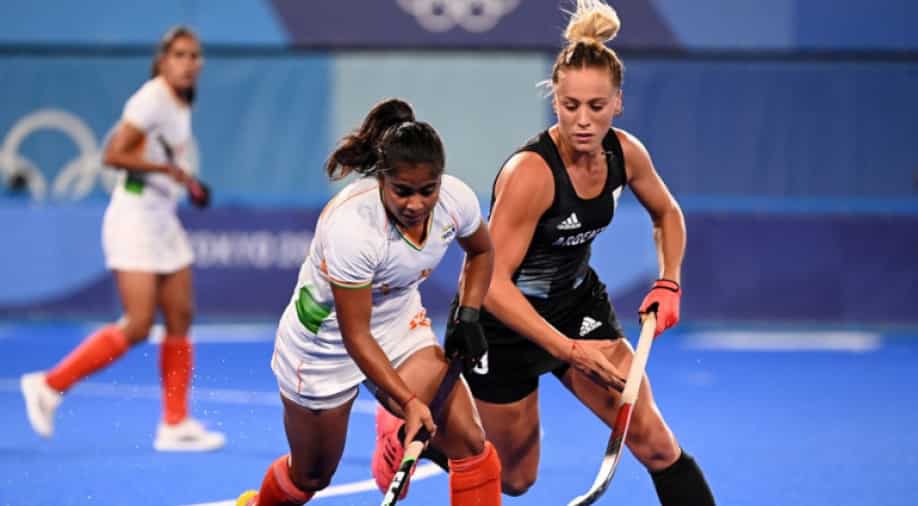 India will now face Great Britain in the bronze medal match on August 6th at 7 am IST.

The Indian side came into this match on the rear of three sequential successes, having lost their initial three fixtures. Argentina have been runners-up twice and won the bronze twice as well.

They qualified for the knockouts on the last day, after Great Britain beat Ireland in the last group match. By then, many had believed that India had gotten their hands on the qualifier game as they were set to confront the strong Australian side. However, the Indian Women's group had different thoughts!

Subsequent to beating the World No. 3 Australia, today India confronted a much harder test, as they took in the World No.2 group, Argentina.

India attacked immediately as they ran down the right flank to entered the attacking half immediately. The two sides rushed to execute their attacks, yet it was India who drove by a heavenly run from Rani Rampal scored a penalty corner. India won a penalty corner.

Gurjit strikes and scored an early goal for India were of a dream so start to this semi-final clash as they lead 1-0. Gurjit Kaur carried her celestial form into the semi-finals.

It was an incredible infusion and regent snare that set up the went for Gurjit, who has made her mark in these last two games. A straight incredible hit with the keeper in with no way.

Argentina won a penalty corner. Captain Barrionuevo Maria Noel scored as she discovered the gap in the Indian defense. An incredible shot down to the attendant's left plank past Savita into the goal.

Argentina with their very own penalty corner levelled things up and were looking truly dangerous in the 2nd quarter. They will be disillusioned to not take the lead here, yet the Indian defense has been capable as well. The two teams have created chances, more from Argentina, yet the finishing has been somewhat poor.

India couldn't track down the final passes, and have been moved on the backfoot by Argentina! Argentina enjoyed the ball possession and were coming in with a large number of attacks. India were solid with their tackles and made various turnovers in the midfield, however, they have battled to keep the ball with them.

Argentina scored. 2-1. The shot is deflected into the rear of the net and Savita caught on her knees as the ball went by her left shoulder.

The trapping was an issue in this game, but India was keeping the ball possession better in the midfield in the last quarter.

India penetrated a lot, and effectively as well, however inside the circle, Argentina have been exceptionally obstinate and have fought away everything.

Argentina does merit the win and they do have the right to walk into the finals. India then again ought to be amazingly glad for their endeavors, of what they have accomplished, and of what they were able to do.

India will now face Great Britain in the bronze medal match on August 6th at 7 am IST.