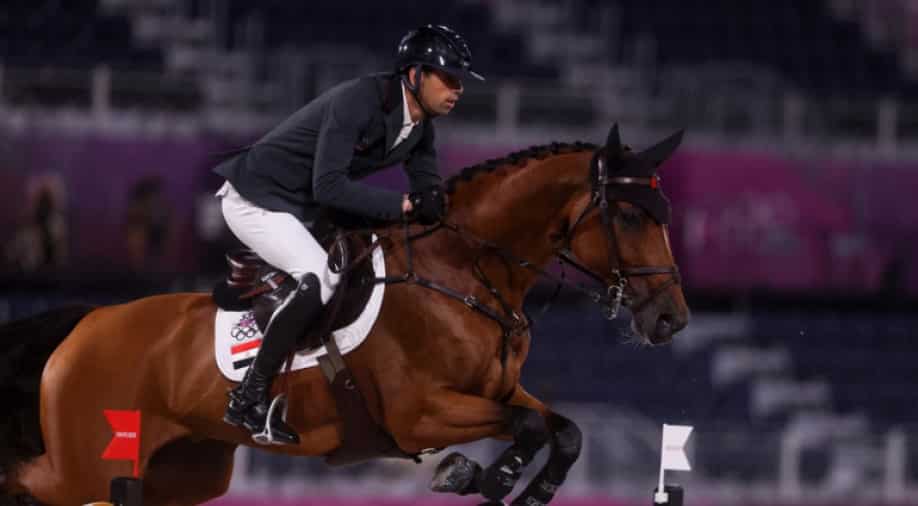 Nayel Nassar is engaged to Jennifer Gates, the daughter of Bill Gates and Melinda. Hence, it shocked no one that both supported Nassar on social media.

The equestrian rider from Egypt set up a heavenly execution at the Tokyo Olympics and got a spot in the final. With a run of 17 obstacles, Nayel Nassar is currently one step nearer to win at the tournament.

Nayel Nassar is engaged to Jennifer Gates, the daughter of Bill Gates and Melinda. Hence, it shocked no one that both supported Nassar on social media.

ALSO READ: Tokyo Olympics: Ravi Kumar one bout away from assuring India of another medal

Hours after a Washington judge reported that Bill Gates and Melinda French Gates are formally separated, the couple has something to cheer about on account of their future son-in-law Nayel Nasser.

Nayel Nassar and Jennifer Gates had announced their engagement in January 2020.

Sharing a photograph of Nayel Nassar, Melinda Gates said that this time around the Olympics was special because of the rider's essence.

“I always love watching the Olympics. The Tokyo Olympics are particularly special because I get to cheer on my future son-in-law, Nayel Nassar. We are so proud of you, Nayel,” she said.

Bill Gates, as well, said on the photograph sharing application that he was rooting for Nayel Nassar.

“I'm rooting for lots of the athletes in Tokyo right now—but none more than my soon-to-be son-in-law, Nayel Nassar. Good luck, Nayel,” he said ahead of the qualifiers.

Nayel Nassar shared his fervor at having hustled to the final. In an extended post, he said,  “Igor is clear in our Olympic debut and sneaks into the individual final. Thank you, Igor and everyone rooting for us near and far. Only part of the job done, but so excited to be among the last ones standing after a very unforgiving qualifier.”