Tokyo 2020: 'It's a big move for Tennis in Greece', says Stefanos Tsitsipas after winning the first round 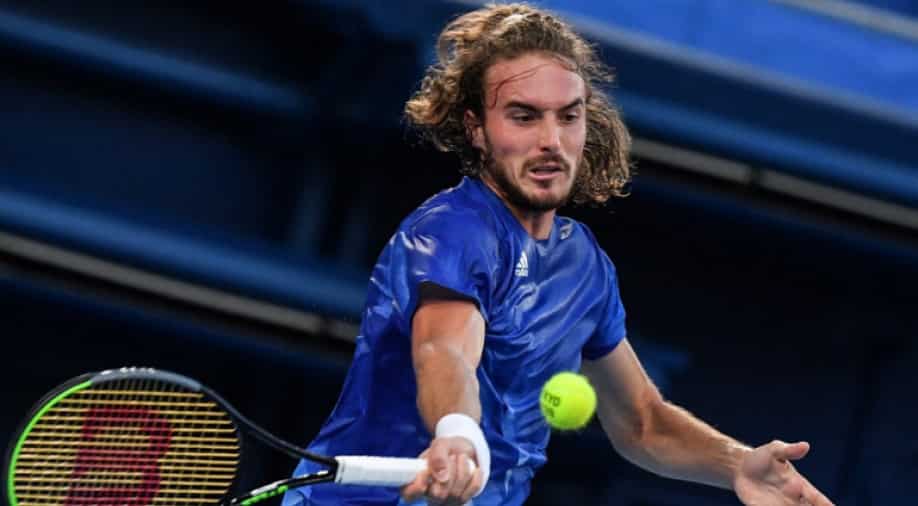 The last male player from Greek to dominate a singles game in the quadrennial occasion was Augustos Zerlandis, who advanced to the third round at the Paris Games in 1924.

Stefanos Tsitsipas crushed Philipp Kohlschreiber 6-3, 3-6, 6-3 in the first round of the Tokyo Olympics on Sunday. The 22-year-old turned into the first Greek player to win a men's singles match at the Olympics since 1924.

The last male player from Greek to dominate a singles game in the quadrennial occasion was Augustos Zerlandis, who advanced to the third round at the Paris Games in 1924.

Addressing the media following his success, Stefanos Tsitsipas said he felt honoured to have accomplished such a victory.

Stefanos Tsitsipas will take on Frances Tiafoe in the second round. The Greek was crushed by him 6-4, 6-4, 6-3 in the first round at Wimbledon last month.

He trusts he has learned from his errors to put on a vastly improved presentation this time around.

"I’ve learned my lessons. I try and move on better this time. He’s an opponent around my age group and we’re kind of building a rivalry. I’m going to have to raise my level this time," he said.

Because of the COVID-19 circumstance in Japan, the Olympics are being played to a great extent away from public scrutiny. Stefanos Tsitsipas trusts the absence of fans in the stadium lacks the atmosphere.

"People are definitely missing and it is something that creates the atmosphere inside the stadium," he said.

"Unfortunately, we will not have them with us but we will play with the conditions we have. All the players have to manage this, to concentrate on our tennis and the rest is coming" he added.