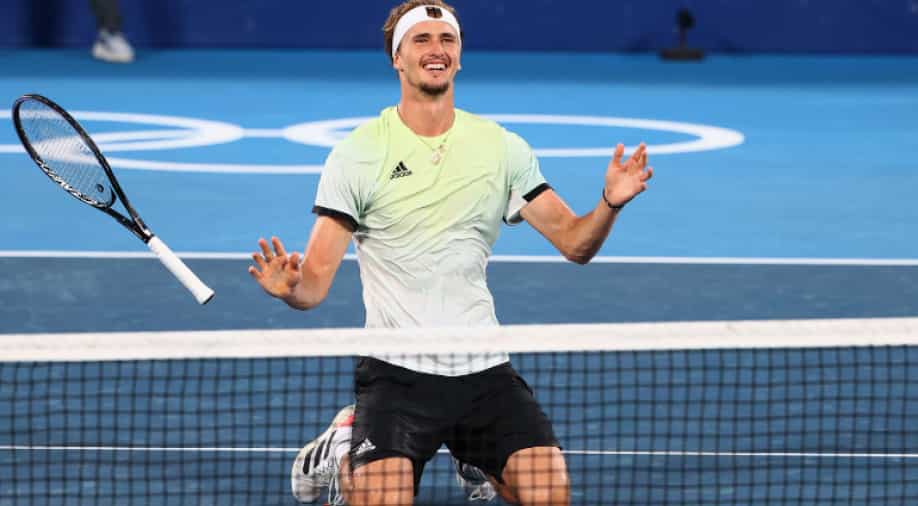 Alexander Zverev who hasn't won a Grand Slam title was in sublime form in the one hour and 19 minutes challenge to turn into the first German man to win a single Olympic gold.

The 24-year-old, who hasn't won a Grand Slam title was in sublime form in the one hour and 19 minutes challenge to turn into the first German man to win a single Olympic gold.

It was a slim challenge for the world number five, who procured his spot here by stunning the World no.1 Novak Djokovic in Friday's semi-final.

Karen Khachanov didn't look good since the beginning. He was broken in his subsequent service game of the match, on the other hand in the second set's second game, and could offer not many solutions to Alexander Zverev's fearsome armory of winners.

Karen Khachanov was slammed by aces, amazing forehand, crushes, and backhands. His opposition developed into the match, hollering in pleasure after one shocking backhand winner down the line.

The greatest unsettling influence to his quiet beat was a German banner, fluttering distractingly in his eye line in an early service game.

World number five Alexander Zverev won the greatest title of his profession when he squashed Russian Karen Khachanov 6-3 6-1 on Sunday to win the men's singles gold medal at the Tokyo Olympics.

This will probably go down as the best of Alexander Zverev's profession up until now, overshadowing his ATP finals win of 2018. Karen Khachanov's silver is added to the imitation Russian count, with bronze going to Spain's Pablo Carreño Busta, who beat Novak Djokovic by winning the third-place game on Saturday.

'His demeanor is much like Mahi': Robin Uthappa compares incredibly talented CSK star to MS Dhoni