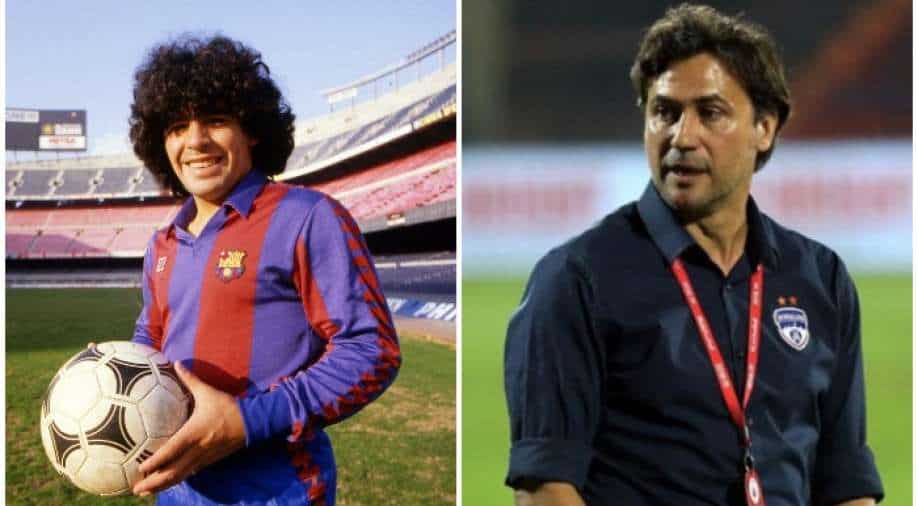 There will be no one like Diego Maradona: Bengaluru FC coach to WION Photograph:( Agencies )

Diego Maradona’s demise left a massive void in the world of football. Regarded as one of the greatest to have taken the football pitch, Maradona, aged 60, breathed his last on Wednesday after suffering a cardiac arrest. Tributes started to pour in as soon as the entire world was left stunned following the death of Maradona.

“I fondly remember Maradona’s two-season at Barcelona. I was a ball-boy back then and it was a privilege to watch him weave his magic on the field. He used to help everyone with insights on match situations and provided confidence to others to execute their skills on the pitch. He came from a very humble background and realized the difficulties he faced during his younger days, so he never backed out from helping anyone,” Cuadrat told WION on Thursday.

ALSO READ: Diego Maradona, the Most Human of Immortals

Cuadrat, who is currently in Goa for ISL 2020-21, recalled how Maradona used to help his teammates and was an outspoken voice in the dressing room – for the benefit of the club – while adding that he will remember Maradona as a guy who used to spread happiness from his football.

“I will forever remember some of our chit-chats after matches. He used to give great insights to us, the younger players, and I have heard of many incidents where he has helped players from the dressing room. Sometimes he was against the management, sometimes the rules but he never feared anyone or to say anything which he felt was right,” the Bengaluru FC coach, who was once part of the famed La Masia academy.

“I will remember him as a little guy, who used to weave magic, pure magic, every weekend and the fans were crazy for him. There will be no one like Maradona,” Cuadrat said.

Maradona will be buried outside Buenos Aires on Thursday (Friday in India), his spokesman has confirmed. Maradona’s coffin arrived at the presidential palace in Buenos Aires for a period of lying in state on Wednesday.