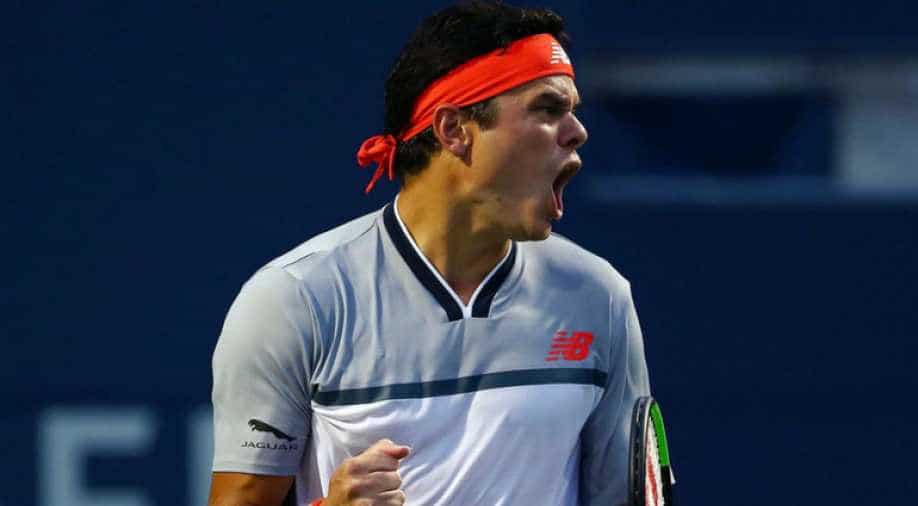 Raonic said that he was targeting a return to action at the grasscourt major but was unable to fully shake off the problem in time.

Milos Raonic has withdrawn from the Wimbledon championships this month following a setback in his recovery from a calf injury, the 2016 runner-up said.

The former world number three last competed in the Miami Open Masters 1000 tournament in March where he was beaten by Hubert Hurkacz in the last 16 before missing the entire claycourt season, including the French Open.

"I wanted to share that I am incredibly sad and hurt that I won't be ready to compete at Wimbledon this year," world number 18 Raonic said in an Instagram post late on Saturday.

Raonic said that he was targeting a return to action at the grasscourt major but was unable to fully shake off the problem in time.

"I have been working hard to heal it but had a minor setback," Raonic said.

"Therefore I won't be ready for Wimbledon. I will be working hard to get back as soon as possible."

Former winner and 20-times Grand Slam champion Rafa Nadal as well as the women's world number two Naomi Osaka have also pulled out of the tournament.

Wimbledon was the only Grand Slam to be cancelled in 2020 due to the COVID-19 pandemic and will return in its usual slot this year with the main draw starting on June 28.