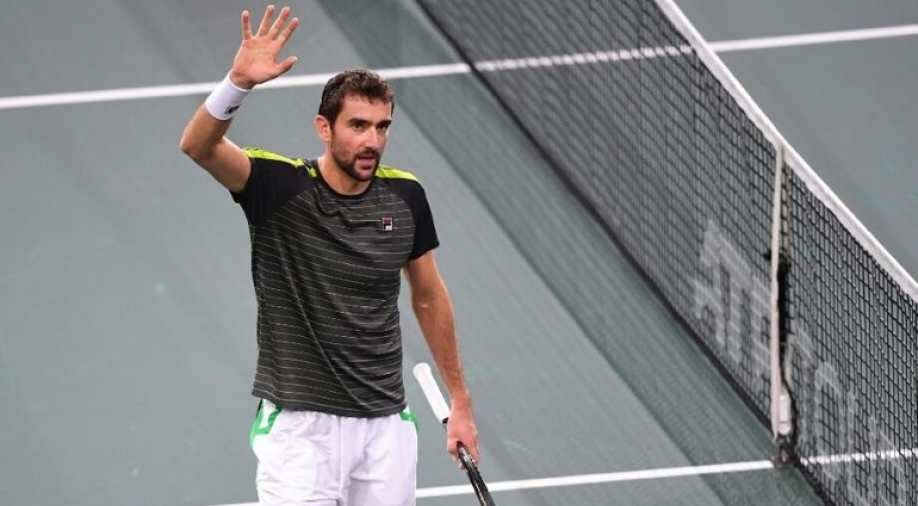 Cilic eased past Hubert Hurkacz of Poland 7-6(5) 6-4 to set up a second-round meeting with three-time Grand Slam champion Stan Wawrinka.

Marin Cilic and Milos Raonic booked their spots in the Paris Masters second round on Monday, while Roger Federer pulled out of the tournament with next month's ATP Finals on the horizon.

Cilic eased past Hubert Hurkacz of Poland 7-6(5) 6-4 to set up a second-round meeting with three-time Grand Slam champion Stan Wawrinka.

The 2014 US Open champion dictated the contest with power and precision as he won 86 per cent of his first-serve points to seal his third consecutive victory over Hurkacz in less than two years.

Big-serving Canadian Raonic capitalised on fast court conditions to outclass Britain's Cameron Norrie 6-3 6-2 in just over an hour at the AccorHotels Arena.

A back injury has limited Raonic to three matches since the Rogers Cup in August, but the 2014 Paris runner-up was back to full strength as he struck 14 aces in a masterful display.

World number three Federer pulled out of the tournament as he fine tunes his schedule heading into the season-ending ATP Finals.

The 38-year-old Swiss lifted a record-extending 10th Swiss Indoors championship title in his hometown of Basel on Sunday and has decided not to play back-to-back weeks at this stage of the season.

"I am extremely disappointed to have to pull out of the Paris Masters," Federer said in a statement

"I have to pace myself since I want to play as long as possible on the ATP Tour. I am sorry for my French fans who I will see next year at Roland Garros."

Federer, Novak Djokovic, Rafa Nadal, Daniil Medvedev, Thiem and Stefanos Tsitsipas have booked their places for next month's ATP Finals, with the Paris Masters set to determine who clinches the final two spots for the London tournament.

Italian Andreas Seppi has replaced Federer as a lucky loser in the Paris main draw and will meet Moldova's Radu Albot in the second round.