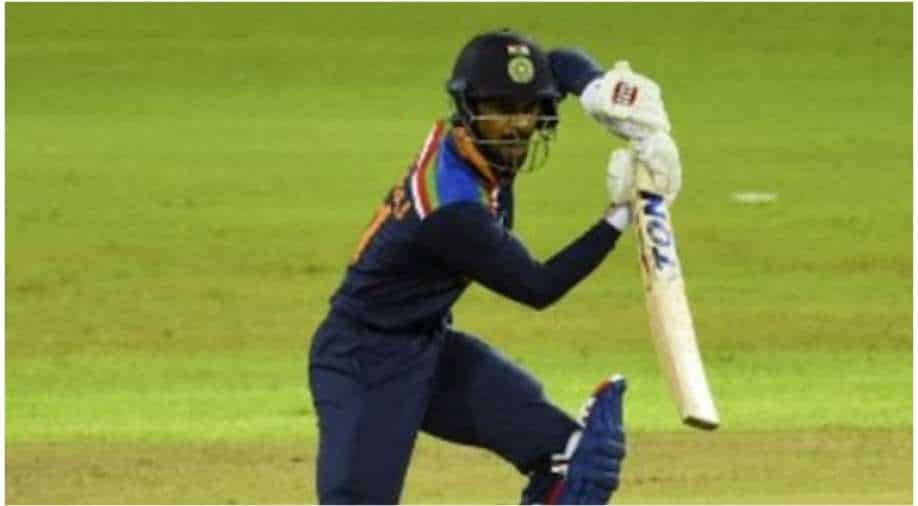 Ruturaj's innings was laced 12 fours and 6 sixes at a strike-rate of 127.77. The 24-year-old is in the form of his life and his peaking at the right time before India's ODI series versus South Africa, in the African nation, early next year.

Chennai Super Kings' (CSK) opener Ruturaj Gaikwad is on a roll. Courtesy his consistency with the bat for Maharashtra in the ongoing Vijay Hazare Trophy, he is making the headlines at regular intervals. The Maharashtra skipper and opening batsman Gaikwad's outstanding form in the domestic tournament continued on Tuesday (December 14) as the right-hander registered his fourth hundred of the competition, this time coming against Chandigarh.

In pursuit of 310, Maharashtra were off to a flier courtesy Ruturaj and Yash Nahar. Despite their 100-run opening stand, the side slipped from 109 for no loss to 131 for 4. Skipper Ruturaj, who many believe can also lead CSK in the coming years, remained undeterred and continued to add runs to score a whopping 168 and lead his side to an impressive five-wicket win. He also completed 600 runs in the competition courtesy his latest hundred.

With this knock, Ruturaj joined some big names such as Virat Kohli, Devdutt Padikkal and Prithvi Shaw to score four centuries in one season of the Vijay Hazare Trophy. Fo the unversed, Shaw had achieved the feat in the previous edition of the domestic tournament.

Ruturaj's innings was laced 12 fours and 6 sixes at a strike-rate of 127.77. The 24-year-old is in the form of his life and his peaking at the right time before India's ODI series versus South Africa, in the African nation, early next year.

Many believe Ruturaj should be included in the Rohit Sharma-led Team India limited-overs setup, keeping an eye on the next year's T20 World Cup and the 2023 ODI World Cup (to be held in India).

Former Indian cricketer and chief selector Dilip Vengsarkar called for Ruturaj's inclusion in the Indian team as soon as possible. "You must pick a man in form. How many more runs does he need to score to prove himself? It is high time the selectors pick him straight away and give him a proper opportunity", Vengsarkar told The Times Of India.