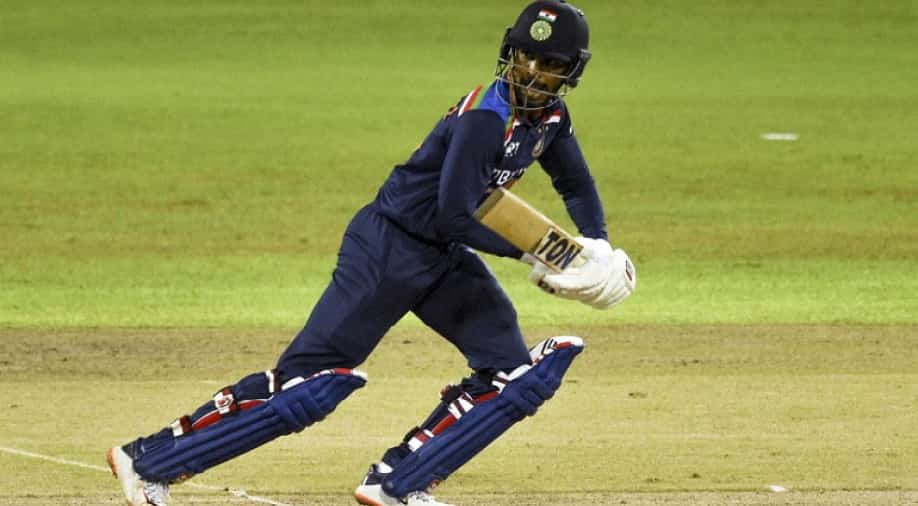 Former India cricketer Dilip Vengsarkar has urged the selectors to pick in-form batter Ruturaj Gaikwad in India's ODI squad for the upcoming series against South Africa. India are scheduled to play a three-match Test series followed by three ODIs in South Africa with the tour starting from December 26. Vengsarkar feels Gaikwad has scored enough runs and deserves a spot in the ODI team.

Gaikwad was instrumental in helping Chennai Super Kings (CSK) lift their fourth IPL title this season. He finished as the highest run-getter of IPL 2021 with 635 runs in 16 matches and has continued his purple patch in the ongoing Vijay Hazare Trophy. Gaikwad is currently the leading run-getter in the Vijay Hazare Trophy with 435 runs in just four matches including three centuries.

He has been knocking at the selectors' door for a while now and is likely to be selected in the ODI squad having already made his T20I debut earlier this year. Vengsarkar believes the 24-year-old should be picked straight away and given a proper run in the ODI series against South Africa.

"You must pick a man in form. How many more runs does he need to score to prove himself? It is high time the selectors pick him straight away and give him a proper opportunity," Vengsarkar was quoted as saying in an interview by Times of India.

Vengsarkar believes Gaikwad should be given an opportunity straight away against South Africa as he is 24 and has already proven himself with incredible consistency. The former India cricketer believes the youngster can also play at no.3 if not as an opener.

India's newly-appointed ODI captain Rohit Sharma has injured himself ahead of the start of the South Africa tour and has been ruled out of the Test series. He also remains in doubt to take part in the ODI series. In case, Rohit fails to recover in time for the ODIs, Gaikwad might be tested as an opener against South Africa.