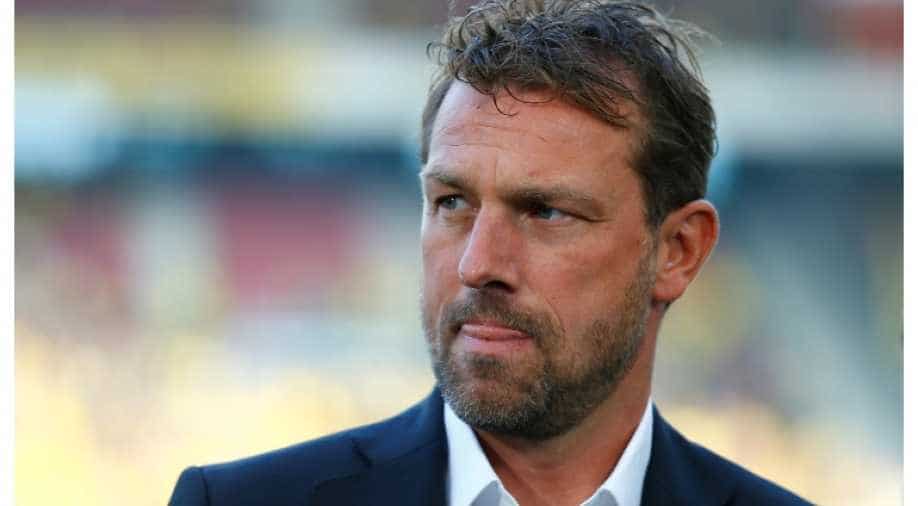 Borussia Dortmund reached the halfway mark with a six-point lead at the top over Bayern Munich after both teams registered victories.

Five-talking points from the Bundesliga weekend where Borussia Dortmund reached the halfway mark with a six-point lead at the top over Bayern Munich after both teams registered victories.

Gonzalez misses a 10,000 per cent chance for stuttgart

VfB Stuttgart coach Markus Weinzierl was not in the mood to offer any comfort to his young striker Nicolas Gonzalez after the Argentine's astonishing miss early in the second half against Schalke 04, blaming it squarely for their 3-1 defeat.

Schalke was leading 1-0 when goalkeeper Ralf Faehrmann gifted the ball to the 20-year-old Gonzalez who had an open goal at his mercy but sent his shot against the post.

"The turning point was definitely the 47th minute when Nicolas Gonzalez let a 10,000 per cent chance go begging," said Weinzierl.

"We did not accept the gift and that would have been very, very important... at 1-1, we could have turned the game around."

Gonzalez got on the scoresheet later - his first goal since joining Stuttgart from Argentinos Juniors in the summer but by then Schalke was 2-0 ahead.

"The lad is a bit uneasy when he has scoring chances," added Weinzierl whose side are 16th in the 18-team league.

Hoffenheim's sixth successive league draw left coach Julian Nagelsmann clearly frustrated as he complained that his team did all the hard work in the 1-1 stalemate against Mainz 05.

"Mainz didn't deserve a point," said the 31-year-old, whose side are seventh with 25 points. "They just played long balls forward and relied on the counter-attack.

"We invested so much and once again, we have run more than our opponents. We must make sure our efforts are rewarded - we have to be more efficient."

Reus firing on all cylinders

Borussia Dortmund captain Marco Reus is finally enjoying an injury-free season, helping his team to the top of the table where they have 42 points and a six-point lead going into the winter break.

Reus has played in all but 37 minutes of Dortmund's 17 games so far, a welcome change for the 29-year-old who has had two long injury layoffs plus a series of nagging muscular injuries over the last five years.

"The most important thing is to be healthy because without it you can't perform," said Reus, who has scored 11 goals and provided six assists.

"It's also just about having a lot of fun. After a lot of bad injuries, it is of course more important to have fun, being on the pitch and taking every opportunity to test your body."

Fourth-placed RB Leipzig believe they have found a long-term successor for Naby Keita, the gifted Guinean midfielder who left for Liverpool in the summer.

The club have signed Mali's Amadou Haidara from Austrian champions Salzburg on a five-year deal, although he will not be able to make his debut until March because of a knee injury.

Haidara, 20, helped Salzburg reach the Europa League semi-finals last season and won two successive league titles after joining them from an academy in his homeland in 2016.

He also scored for Salzburg in their 3-2 win over Leipzig when the two met in the Europa League in September.

"There are not many players out there who have his potential," said Leipzig coach Ralf Rangnick. "He has all the prerequisites to succeed Keita."

Ribery finds a new lease of life at Bayern

Bayern Munich winger Franck Ribery has found a new lease of life at the age of 35, scoring a brace in Saturday's 3-0 win at Eintracht Frankfurt to make it four goals in his last three appearances.

"I think it's great when lads like him still have that hunger," said Bayern's chief executive Karl-Heinz Rummenigge said.

"I've always said that there's no such thing as a player who is too old, but rather players who are good or not so good, and he's definitely a very good player."