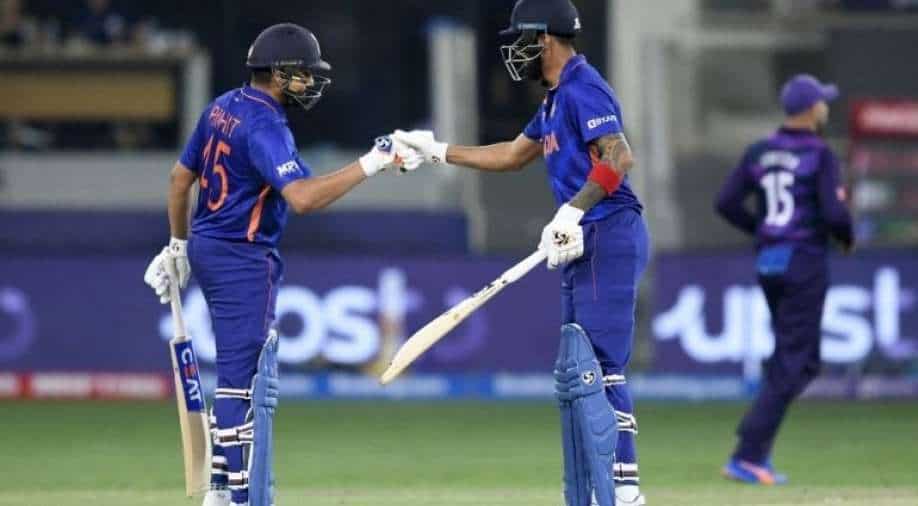 Indian openers Rohit Sharma and KL Rahul made the fastest team fifty in the 2021 ICC men's T20 World Cup on Friday (November 5). The feat was achieved against Scotland in the Group 2 match of the Super 12 stage at Dubai International Cricket Stadium.

A blistering start from the Indian openers 🔥

To improve their net-run rate, India needed to chase the target in 7.1 overs, but the Virat Kohli-led side chased it in 6.3 overs.

Rahul and Rohit continued to smash boundaries as India surged to 70 in five overs. Despite the fact that Bradley Wheal dismissed Rohit on 30, India continued to inch closer to a resounding victory.

In the end, India chased down the required target in 6.3 overs, barely minutes after losing KL Rahul's wicket. Earlier, after being given the opportunity to bat first, Scotland got off to a shaky start, losing two wickets during the powerplay.

The Scotland team never really recovered as India dominated with the bowl, limiting Scotland to 85/10 in the Group 2 encounter. Innings of 24 and 21 were played by George Munsey and Michael Leask for Scotland, respectively, as neither hitter on their side scored more than 30 runs.