T20 WC: 'Shaheen should have used his head': Ex-Pakistani cricketer opines on pacer's spell against Australia 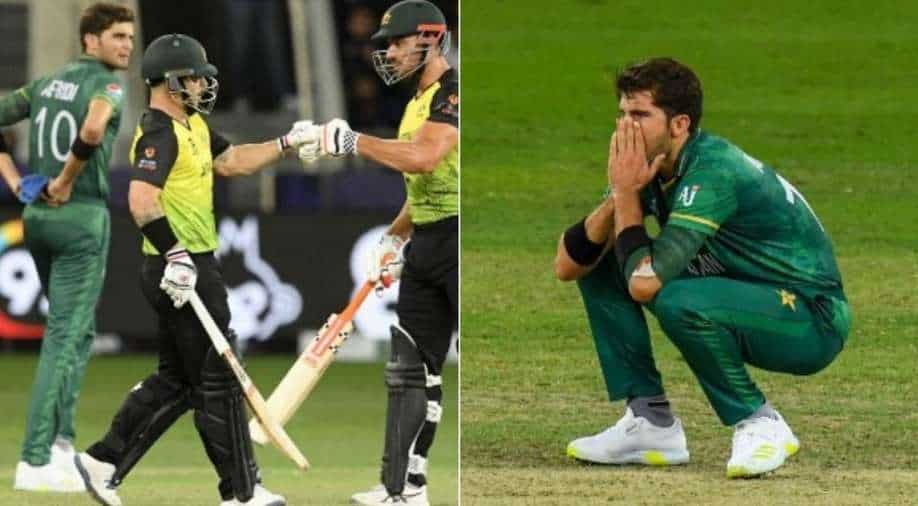 Pakistan vs Australia: Former cricketer Shahid Afridi has reacted to the 19th over when Matthew Wade smacked pace ace Shaheen Shah Afridi for three straight sixes to finish the game

Babar Azam-led Pakistan team, one of the pre-tournament favourites to win the ICC T20 World Cup 2021 title, crashed out after losing the semi-final match against Australia on Thursday (November 11) at the Dubai International Cricket Stadium.

Aaron Finch won the toss and opted to bowl first as Pakistan scored 176 for a loss of four wickets in 20 overs. In reply, Matthew Wade and Marcus Stoinis stood unbeaten as Australia chased down the target with one over and five wickets to spare.

The crucial match was equally poised till the 18th over when Australia needed 22 runs off 12 balls to win, however, the 19th over emerged as a decider when Wade smacked pace ace Shaheen Shah Afridi for three straight sixes to finish the game.

Wade survived a scare as his catch was dropped by Hasan Ali on the third ball of the over, but the remaining three balls gave 18 runs in total that helped the Australian team to set up the title clash with New Zealand, scheduled for Sunday (November 14).

Hasan Ali was subjected to trolls and vicious abuses on social media forums for dropping the catch, however, former Pakistan skipper Shahid Afridi said even if the catch was dropped, Shaheen should have "used his head" after that.

ALSO READ | T20 World Cup: Matthew Wade has his say on why David Warner didn't use DRS when he was actually not out

Talking on Pakistan's Samaa TV channel, Shahid said, "Shaheen has so much pace and he should have used it sensibly. Even if the catch was dropped. He should have used his head and tried to bowl outside off stump fast Yorkers with his pace. He is not that sort of bowler to be hit like that".

Lauding the pacer, Afridi said, "I would say he was brilliant in the tournament and I have only seen either Wasim bhai (Akram) or perhaps Mohammad Amir bowl like this with the new ball."

"He is giving good performances. I hope he learns from this cricket experience and prepares himself for the future," he further said.