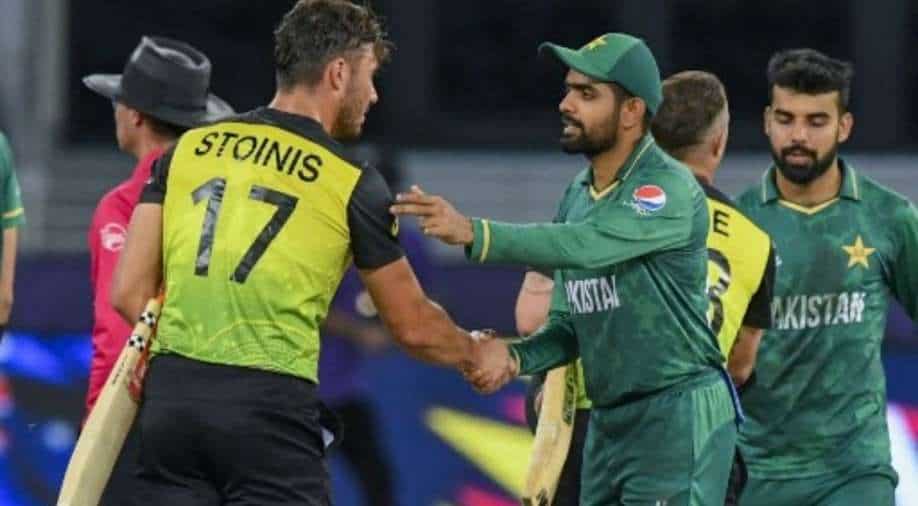 During the post-match presentation, Babar said that small mistakes that cost them the match in the end

Babar Azam & Co. had reached the semi-final of ICC Men's T20 World Cup with a perfect record as Pakistan won all of their matches of Super 12 stage, finishing at the top of Group 2. However, they failed to proceed any further after facing a defeat against Australia in a thrilling clash.

After the five-wicket loss, Babar reflected on the match and gave two cents over Pakistan's performance in the crucial clash, revealing the "turning point" of the match.

During the post-match presentation, Babar said, "I thought we scored as many runs as we had planned in the first innings. I think if we give such teams a chance in the back end, it is going to be costly. The turning point was that dropped catch. Had we taken it, the scenario could have been different. When you play so well throughout, there were small mistakes that cost us the match in the end."

He further said, "The way we gelled and played the entire tournament, I am satisfied as a captain. Hopefully, we'll learn from this for the next tournament."

"We gave players roles and they executed it really well. The way the crowds supported us, we enjoyed a lot as a team. We always enjoy playing here [UAE]," Babar said.

Put in to bat, Pakistan got off to a strong start with Rizwan (67) and skipper Babar Azam (39) forging a 71-run partnership for the opening wicket.

But Matthew Wade smacked three sixes in a row to clinch a see-saw chase as Australia beat Pakistan by five wickets in a dramatic game on Thursday to reach the Twenty20 World Cup final.

Chasing 177 for victory, Australia needed 22 runs from the last two overs and Wade got a reprieve when Hasan Ali dropped him off Shaheen Afridi in the penultimate one.