T10 League: You have to bowl with a death-over bowling mindset, opines Pak pacer Mohammad Amir 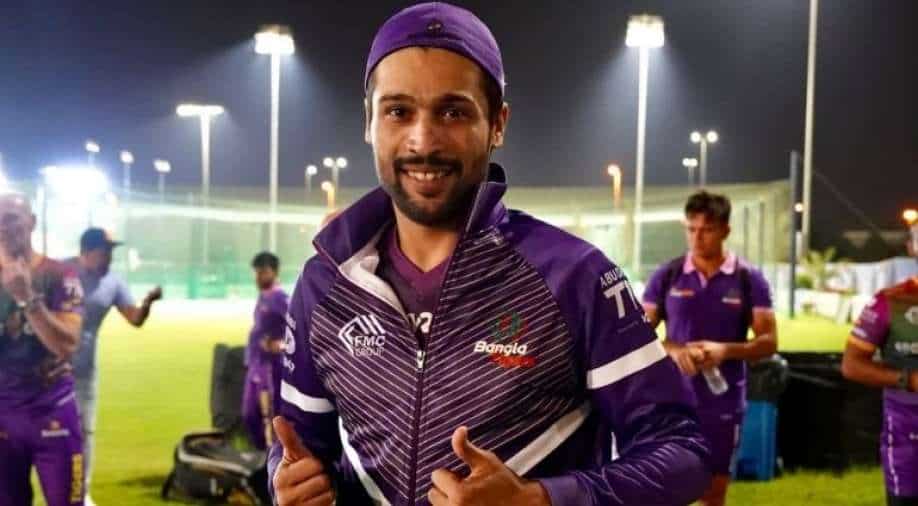 Mohammad Amir will start his season after recovering from COVID-19 for Bangla Tigers.

Pakistan's international cricketer and pacer Mohammad Amir will play in the Abu Dhabi T10 league, which began on November 19, 2021, in the UAE capital.

Amir had made himself unavailable from the league when he was diagnosed with COVID-19.

While responding to www.wionnews.com's query of what is it like bowling in T10 league at the virtual press conference for the ongoing fifth season of the Abu Dhabi T10 League, Amir said, "It depends on conditions, if the ball is swinging, one should take the chance to swing the ball."

"As a bowler, if I’m getting the swing, I’d swing the ball at length or try yorker in-swing. Either it’s T10 or T20, one should follow cricket psyche and strength, and try outswing or inswing at that moment," he added.

He further emphasised his point and said, "For a batter, it’s very difficult for them to hit when the ball is swinging, if you’ll ask a batter he’ll agree with the same. One should go with his basic skills when the ball is getting swing and should take chances for at least one to two over."

He also told what to do when the ball isn’t swinging, "Otherwise, you’ll have to change your plans, with ten wickets in hands, there is no pressure on the batting side, batter from bowl one has a mindset of hitting boundaries. You have to then bowl with a death bowling mindset."

Mohammad Amir is playing for Bangla Tigers and has shown his enthusiasm for the team. Bangla Tigers have had a mixed league till now. It has won two and lost two among the four matches it has played. It'll face Deccan Gladiators next and Amir is most likely to play the game.

T10 is being played in a similar format to IPL and will have its final on December 4th. Amir will fly to Sri Lanka when the fifth season of the Abu Dhabi T10 League concludes. In the second edition of the Lanka Premier League (LPL), he will play for the Galle Gladiators.