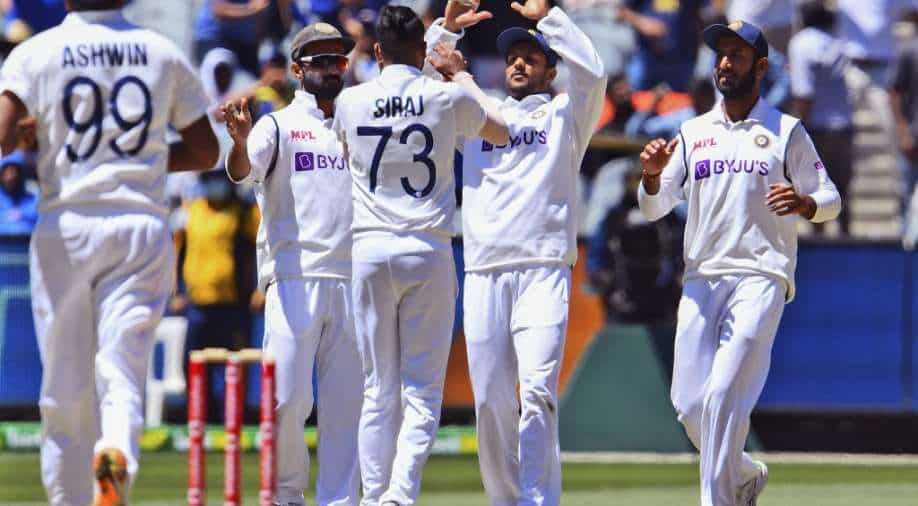 It seems like the comments made by Queensland's Health Shadow Minister Ros Bates' regarding quarantine guideline set for the fourth Test in Brisbane has caused a bit of turbulence in the Board of Control for Cricket in India (BCCI) as the Indian board feels that the team's image has been shown in poor light by the Australia authorities and media.

It seems like the comments made by Queensland's Health Shadow Minister Ros Bates' regarding quarantine guideline set for the fourth Test in Brisbane has caused a bit of turbulence in the Board of Control for Cricket in India (BCCI) as the Indian board feels that the team's image has been shown in poor light by the Australia authorities and media.

After such comments, the BCCI is rethinking if it should turn the Border-Gavaskar Trophy into a three-match series and end the series with the Pink Test at the Sydney Cricket Ground (SCG), scheduled to start on January 7.

A BCCI official, speaking to ANI, said that the comments from Bates should have been avoided with both BCCI standing united with Cricket Australia to ensure that the tour goes ahead without any hitch. The official said that it is hurtful if a public representative doesn't want the team to go and play while adding that the hosts are propagating a view that the Indian team doesn't wish to follow the rules.

"The statement made by the public representative portrays Indians in poor light and let me assure you, we do not want to do anything other than to abide by the rules, and Rohit Sharma`s strict quarantine is a case in point. To try and propagate a view that we don't wish to follow the rules is unacceptable and the tone and tenor, in which it was said seemed rife with hostility and bordered on racism. It is, therefore, not a surprise that a rethink is on the cards.

"If a representative of the public does not want us there, it is hurtful and the last thing we want is to upset the Australian fans who have given us so much love and support over the years. We do not wish to make it difficult for them or for Cricket Australia," the official said.

With reports surfacing that Indian team isn't too keen on hard quarantine ahead of Brisbane Test, Bates said: "If the Indians don`t want to play by the rules, don`t come."

Today I was asked about reports the Indian Cricket Team wants quarantine restrictions eased just for them, ahead of the upcoming Gabba Test. My response 👇 #Cricket #IndiavsAustralia @ICC @CricketAus pic.twitter.com/MV7W0rIntM

She had put out the statement on social media as well and her sentiments were echoed by Queensland`s Shadow Sports Minister Tim Mander.

"If the Indian cricket team wants to spit the dummy and disregard quarantine guidelines in Brisbane for the fourth Test, then they shouldn`t come," Mander said, as reported by Fox Sports.

"The same rules must apply for everyone. Simple," he added.

However, Cricket Australia boss Nick Hockley on Monday said that the BCCI is fully supportive of guidelines set by the Queensland government.

"We`ve had nothing formal from the BCCI to suggest anything other than they are supportive. We speak to our counterparts in the BCCI daily and we have clarified in the last 24 hours what the precise requirements are in Brisbane," cricket.com.au quoted Hockley as saying.

"There has been some reporting that players will be confined to their rooms -- that`s not the case. Typically for a Test match, players arrive at the ground between 8 am and 9 am and they are there until 6 or 7 pm at night, and then it`s back to the hotel to rest and recuperate and they will be able to mix within their groups. So everyone`s fully across that, and supportive," he added.

Earlier, the Indian contingent in Australia tested negative for the coronavirus after controversial weeks on Australian soil.

"Playing members of the Indian Cricket Team and support staff underwent an RT-PCR Test for Covid-19 on January 3, 2021. All tests have returned negative results," the BCCI said.