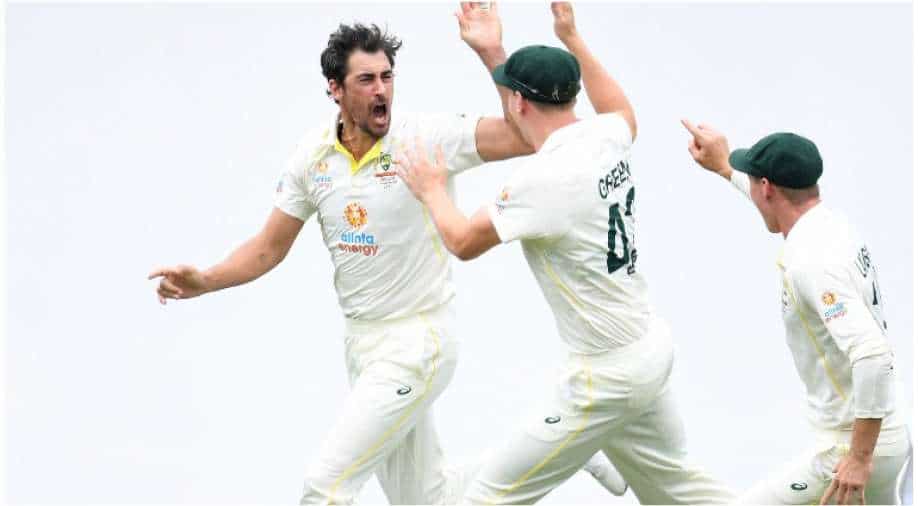 Ashes 2021/22 started off on a riveting note as Mitchell Starc got rid of Rory Burn on the first ball of the series. Hence, he added his name to an elite feat as well.

After a long wait, the Ashes 2021/22 finally got off to a start on Wednesday (December 8) at The Gabba, Brisbane. The series was off to a dream start for the Pat Cummins-led hosts as Mitchell Starc got rid of England opener Rory Burns on the first ball of the series.

Starc cleaned up Burns' stumps on the first ball itself as the ball got some late movement and went around the batter's pads to hit the timber. Here's the dismissal which lit up the atmosphere at The Gabba, Brisbane:

WHAT A WAY TO START THE #ASHES! pic.twitter.com/XtaiJ3SKeV

ALSO READ | Ashes 2021: England on back foot after being bowled out for 147 in horror start at The Gabba

For the unversed, this became only the second occasion when a wicket fell on the very first delivery of an Ashes series. On December 4 in 1936, England's Stan Worthington was dismissed by Australia's Ernie McCormick on the first ball of Ashes 1936/37. After 82 years, Starc recreated the feat. It is interesting to note that on both occasions the Ashes edition has taken place Down Under (i.e., in Aussies' backyard).

Talking about Day 1, Cummins led from the front as his 5 for 38, on captaincy debut, rattled England for 146 after Joe Root & Co. decided to bat first in a rain-marred day. The Aussies will come out to bat on the second day and hope to take a mammoth lead over the clueless visitors.