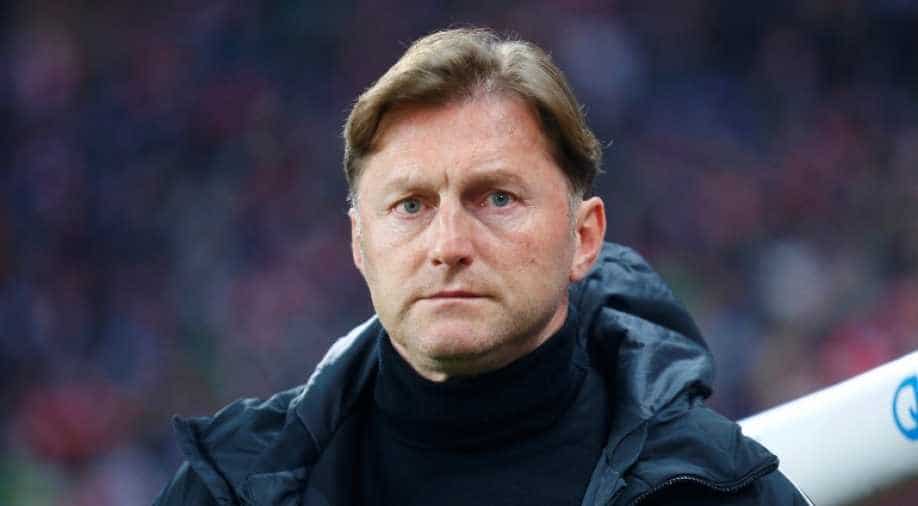 Hasenhuttl guided newly-promoted Leipzig to second place in the Bundesliga in the 2016-17 season before leaving last May after a dispute over a new contract.

Southampton have appointed Austrian Ralph Hasenhuttl as manager on a 2-1/2-year contract after firing Welshman Mark Hughes, the struggling Premier League club said in a statement on Wednesday.

The 51-year-old former RB Leipzig coach will take charge on Thursday, the day after Saints play Tottenham Hotspur in the league at Wembley.

Southampton sacked Hughes after a 2-2 draw at home to Manchester United last weekend left the south-coast club in the relegation zone with one win from 14 league matches.

Hasenhuttl guided newly-promoted Leipzig to second place in the Bundesliga in the 2016-17 season before leaving last May after a dispute over a new contract.

Former Austria forward will be Saints' fourth manager in two years with Claude Puel and Mauricio Pellegrino also being sacked since Ronald Koeman left for Everton in 2016.

"This manager change offers us a fresh start and, very quickly, Ralph emerged as our ideal candidate," Southampton chairman Ralph Krueger said in a statement.

"As a coach, he embodies the passion, structure, communication skill set, work ethic and appetite for growth that we strive for in our Southampton Way."

Krueger said Hasenhuttl had been on Southampton's radar since he was at FC Ingolstadt and took the German side up to the Bundesliga for the first time in 2015.

"As soon as we met, Ralph’s enthusiasm for football was contagious and his hunger to take on a new and challenging job in the Premier League was evident," added Krueger.

"In our discussions, he very quickly aligned himself with the values and the vision of the club."

The change of manager has been welcomed by many Southampton supporters who were frustrated at Hughes' inability to get the most from a talented squad.

The Welshman helped Saints narrowly avoid the drop last season by finishing 17th in the table, but this term they sit 18th in the standings after seven defeats.

Their only league win this season came against Crystal Palace in September and success-starved fans have seen Southampton win only one league match at home in the past 12 months -- a 2-1 victory over Bournemouth in April.