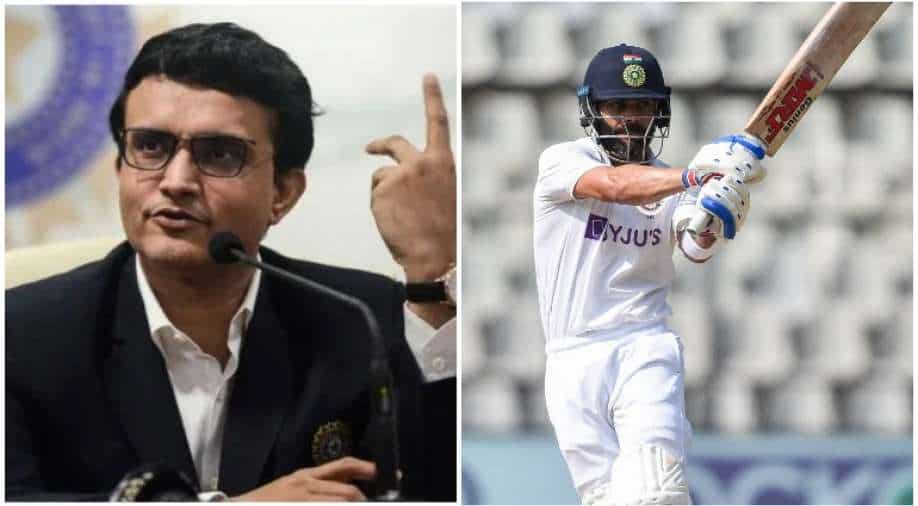 BCCI President Sourav Ganguly has lauded Virat Kohli as the former captain is set to play his 100th Test during the forthcoming India-Sri Lanka series opener in Mohali, which gets underway on March 4 (Friday). Ahead of the Test series, which also marks the captaincy debut of Rohit Sharma in whites, Ganguly heaped praise on Kohli.

“To begin with, you need to be a very good player to get there,” Ganguly said while on a holiday with his family in London. “Very few people in Indian cricket have played 100 Test matches. It’s a fantastic landmark. Virat is a great player and deserves every bit of it.”

The former Indian captain Ganguly asserted, “I haven’t played with him. But I have always followed his game. Having been involved in different capacities, I have always tracked his cricket. I have seen his career from when it started and how it took a different turn after a few years and it has now gone to greatness."

Kohli has often been compared with Master Blaster Sachin Tendulkar. Having played along with Tendulkar, Ganguly brushed aside all comparisons and said, "Expectations will always be there when you play at this level. I don’t compare different generations. But whatever number he has batted, whether it is No.4 in Test matches or No.3 in limited-overs cricket, he has batted marvelously."

He added, "His technique, his positivity, his footwork, his balance…I like all of that. Above all, the way Virat changed his game after 2014 in England when he was struggling. I saw that Test series because I was working as a commentator there. And he had a remarkable five years after that. That’s what normally happens. I saw that with Rahul Dravid between 2002 to 2005. You see great players having these phases where they are at their peak. Sachin had many.”

Interestingly, Kohli's 100th Test will also be his first as a player after seven long years of his captaincy tenure in whites. In this regard, Ganguly said, "It does require some adjustments. But I don’t think it’s very difficult. He will come back and get hundreds. I know about all this talk, with him not getting a hundred for over two years. But he is too good a player to consistently go through this. He will get past this phase too. He knows how to get hundreds otherwise he would not have got 70 of them. As a former player, I know he will start scoring them again. He has enormous ability, so it’s a matter of time."

India will, thus, look to give Kohli a perfect present on his landmark Test with a thumping win in the series opener versus the Islanders. The second and final Test will be held in Bengaluru, from March 12-16.