John Wright is my favourite coach and a genuine friend: Sourav Ganguly 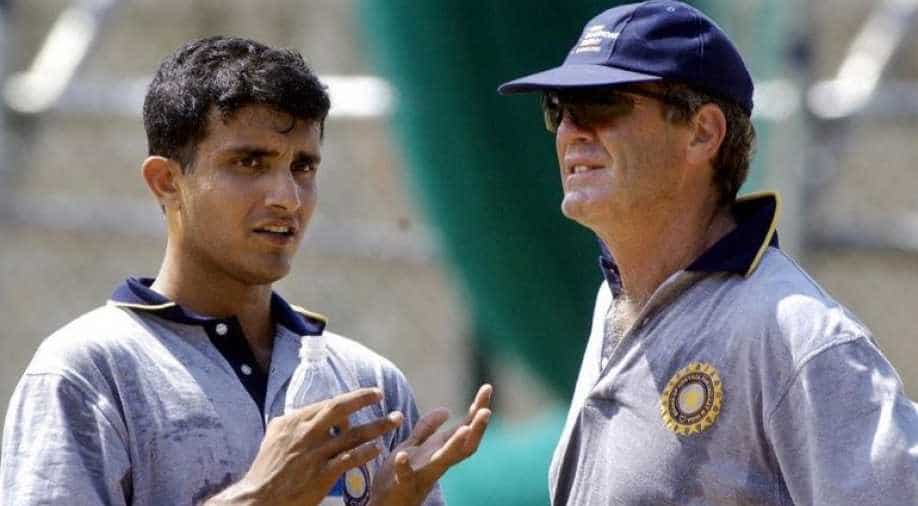 'My first overseas coach and my favourite coach so far,' said Ganguly while talking about Wright, under whom India had reached the finals of the 2003 World Cup

Former captain Sourav Ganguly has described John Wright as his favourite coach who was more of a friend to him during the New Zealander's stint with the Indian team.

"My first overseas coach and my favourite coach so far," said Ganguly while talking about Wright, under whom India had reached the finals of the 2003 World Cup.

"I met him first time in Kent when Rahul (Dravid) came in and said he's our coach. I said, 'I'd love to work with him'. We have a great relationship, actually, we're genuine friends,'' Ganguly said.

"We had a great world cup and he was responsible because there were some strong headed players in that side. As we grew together, we got better friends and he was more of a friend than a coach, he understood me and I understood him," said Ganguly.

In a video posted on the official Twitter handle of the Cricket World Cup, Ganguly and Wright - part of the commentary team - went down memory lane ahead of washout game between India and New Zealand at Trent Bridge Friday.

Wright, who was India's first foreign coach for five years from 2000 to 2005, said, "I always thought it was the greatest privilege to have the opportunity to work in India.

"I never expected it. It was a hard start, for both of us. You were a new captain and I was the foreign coach. You remember the good times but it was also tough times," he added.