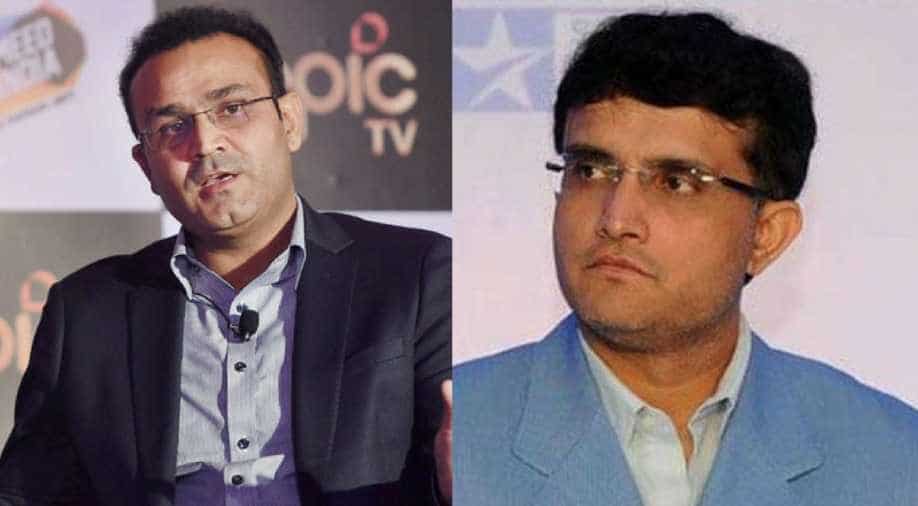 India started the ICC U19 World Cup 2018 with a terrific win as they defeated Australia by 100 runs at Bay Oval, Mount Maunganui, New Zealand.

The Men in Blue had posted a mammoth total of 328 runs against Australia after skipper-opener Prithvi Shaw played a brilliant 94-run knock along with 180 runs partnership with fellow opener Manoj Kalra.

Former captain Sourav Ganguly and Virender Sehwag are all praise for the young guns and are also commending their performances on social forums, especially pacers.

Also read: Opinion: Why these 5 cricket stars will shine in ICC U-19 World Cup

Ganguly tweeted, "@imVkohli...Keep an eye on two under 19 quicks Mavi and Nagarkoti."

@imVkohli @VVSLaxman281 @BCCI keep an eye on two under 19quicks ..mavi and nagarkotti ..bowling at 145 in newzealand ..brilliant ..

@imVkohli @vikrantgupta73 @BoriaMajumdar @VVSLaxman281 @sachin_rt all 3 under 19 quicks prospect for india ..by far the best in the tournament

Not only Ganguly, Sehwag also tweeted to show his support to these cricketing talents, who are playing brilliantly in the ICC U19 World Cup 2018.

This was serious pace from our boys. Solid beginning beating the Aussies by 100 runs. May the hunger continue and we carry the momentum. #U19CWC pic.twitter.com/zL75RDxjN3

India, who opened their 2018 U-19 WC campaign against Australia, are three-time champions, with their the last triumph coming in 2014.

Coached by the distinguished Rahul Dravid, the team displayed that there is no dearth of talent in the squad.