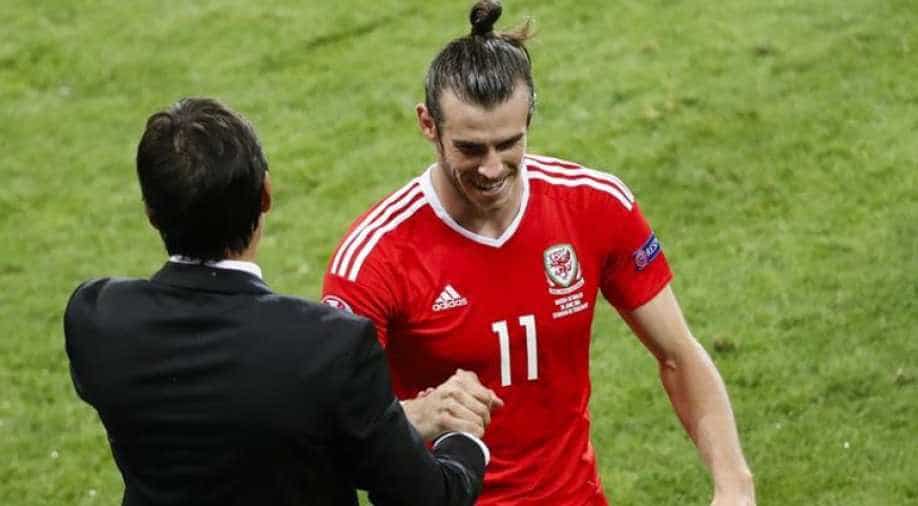 Coleman?became?Wales?manager?in 2012, after the death of former coach Gary Speed, and led the team to the semi-finals of the 2016 European Championships, and?Bale?believes the 47-year-old was still the best person for the role. Photograph:( Reuters )

Real Madrid forward Gareth Bale has called for Wales manager Chris Coleman to continue in his role despite their failure to qualify for the 2018 World Cup finals in Russia.

Ireland beat Wales 1-0 in their final World Cup qualifier in Cardiff on Monday to grab the final European playoff spot and end Wales' hopes of qualifying for the World Cup finals for the first time since 1958.

Coleman became Wales manager in 2012, after the death of former coach Gary Speed, and led the team to the semi-finals of the 2016 European Championships, and Bale believes the 47-year-old was still the best person for the role.

"Of course we want him to stay," Bale told British media. "What he has done for the team and Welsh football has been amazing."

"We don't want to keep on looking back at the Euros, but for everyone, it was incredible to be a part of that and we all want that again."

"It won't be easy but Chris is the man who can keep us focused and positive and show us how to get the results we need."

Coleman's current contract with the Football Association of Wales (FAW) expires in November and the former Fulham manager has been backed by several players and staff to continue.

"Chris is his own man and he'll eventually decide what is right for him and for Welsh football," Coleman's assistant Osian Roberts said.

"There is no question that he is the best manager in Welsh history and nobody wants that to end."

Wales' next competitive fixtures will be the 2020 European Championship qualifiers, which begin in Sept. 2018.