'Sir Alex, this one is for you': Cristiano Ronaldo pens emotional note on Manchester United return, says 'back where I belong' 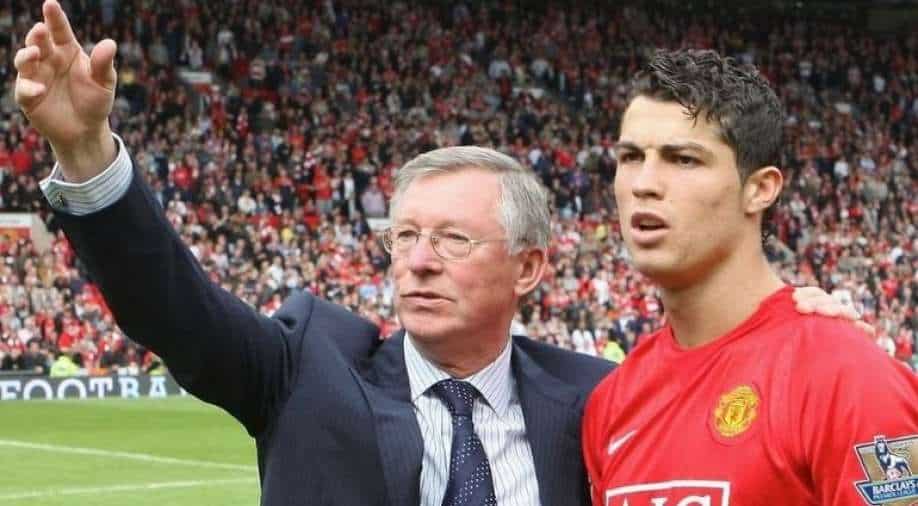 After United confirmed the transfer, Ronaldo dedicated the move to his mentor Alex Ferguson as he wrote, "Sir Alex, this one is for you". He also mentioned that he is "back" where h belongs.

Cristiano Ronaldo completed an emotional return to Manchester United on Tuesday (August 31), over 12 years after leaving as the world's most expensive player.

After United confirmed the transfer, Ronaldo dedicated the move to his mentor Alex Ferguson as he wrote, "Sir Alex, this one is for you". He also mentioned that he is "back" where he belongs.

The 36-year-old has returned to the Premier League from Juventus on a two-year contract with the option to extend for a further year, subject to international clearance.

After the Premier League club confirmed the signing, the Portuguese star took to his official social media handle to pen an emotional note. He wrote, "Everyone who knows me, knows about my never ending love for Manchester United. The years I spent in this club where absolutely amazing and the path we’ve made together is written in gold letters in the history of this great and amazing institution."

"I can't even start to explain my feelings right now, as I see my return to Old Trafford announced worldwide. It’s like a dream come true, after all the times that I went back to play against Man. United, and even as an opponent, to have always felt such love and respect from the supporters in the stands. This is absolutely 100% the stuff that dreams are made of!"

"My first domestic League, my first Cup, my first call to the Portuguese National team, my first Champions League, my first Golden Boot and my first Ballon d’Or, they were all born from this special connection between me and the Red Devils. History has been written in the past and history will be written once again! You have my word!" he added.

He concluded his note by saying, "I’m right here! I’m back where I belong! Let’s make it happen once again!"

Ferguson signed 18-year-old Ronaldo from Sporting Lisbon in 2003 and recent reports mentioned that it was the Scot who convinced Ronaldo to return to United.

Ronaldo has often spoken in glowing terms of his time at the club and has previously described Ferguson as his "father in football".

He spent six seasons at Old Trafford between 2003 and 2009, where he won the Ballon d'Or as the world's best player in 2008 alongside his team accolades, before sealing a then-world record 80 million pounds ($110 million) move to Real Madrid.

Ole Gunnar Solskjaer, the boss of Manchester United said, "You run out of words to describe Cristiano. He is not only a marvellous player, but also a great human being. To have the desire and the ability to play at the top level for such a long period requires a very special person."

"I have no doubt that he will continue to impress us all and his experience will be so vital for the younger players in the squad. Ronaldo’s return demonstrates the unique appeal of this club and I am absolutely delighted he is coming home to where it all started," Ole further added.