'It was my mum’s dream,' says Simona Halep after winning Wimbledon title 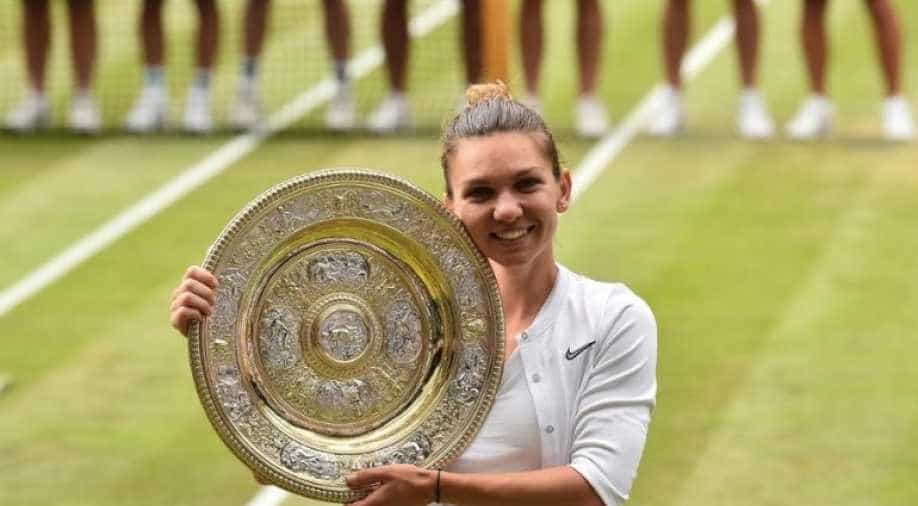 After winning the Wimbledon title, former world number one Simona Halep said that it was her mother's dream for her.

Halep defeated Serena 6-2, 6-2 in the final showdown to become the first Romanian woman to win in the Wimbledon title.

Previously the only other Romanian to reach the Wimbledon final was Ilie Nastase who finished runner-up in 1972 and 1976.

"It was my Mum’s dream for me. My mom said when I was 10 that if I want to do something in tennis I have to play in the final at Wimbledon, so today the day came," said Halep after winning the title.

"I had lots of nerves, my stomach wasn't very well. "I never played a better match," said Halep.

"I said at the start of the tournament that one of my motivations was to win and become a lifetime member of the club," she added.

The win has denied the 37-year-old's attempt to equal Margaret Court's all-time record for major wins.

Williams was undone by 26 unforced errors to Halep's two in a personal horror show on Centre Court.

"She played out of her mind," said Williams. "I was like a deer in headlights."

Williams, who has now lost three Grand Slam finals since returning to the Tour last March following the birth of daughter Olympia in September 2017, was short of ideas and the match ended after 56 minutes when she biffed a forehand into the net -- her 26th unforced error.