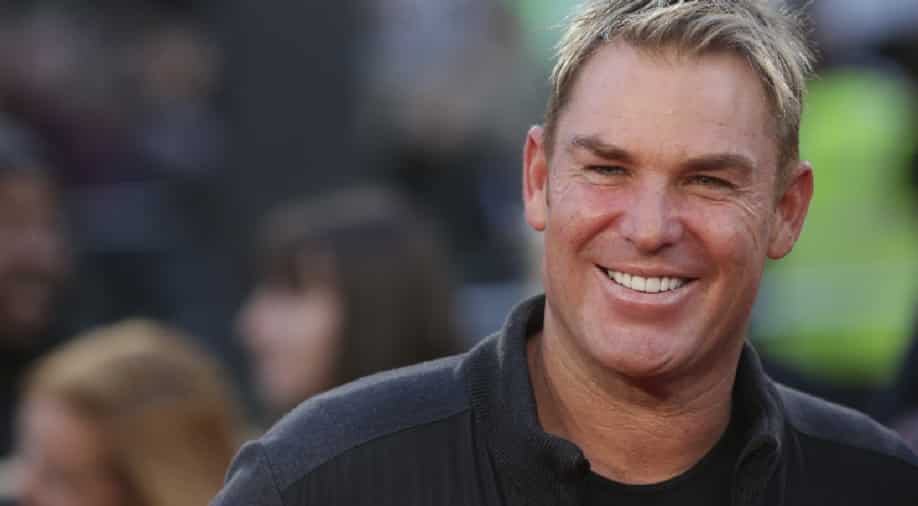 Fans are disappointed over an ad featuring Warne being used in England-New Zealand Test. Photograph:( AFP )

Several fans have expressed their angst over an advertisement starring late Australian cricketer Shane Warne, which continues to be used during the three-Test series between England and New Zealand.

An advertisement starring late Australian cricketer Shane Warne, which continues to be used during the three-Test series between England and New Zealand, is causing dismay to several of the legend`s legion of fans, with many of them terming it "distasteful".

Warne had passed away on March 4 in Thailand, where he was vacationing, following a suspected heart-attack and his fans are nonplussed with the fact that his advertisements continue to be shown nearly four months after his demise.

The legend was given a state memorial service at the Melbourne Cricket Ground last month, which was attended by several past and present cricket legends and close friends.

A report in mirror.co.uk on Saturday said that the advertisement featuring Warne continues to be used during the Headingley Test.

"...they have also continued to use Warne, who was 52 when he died, in an advert for Advanced Hair Studio. The Aussie icon had never hidden his association with the company, but TV bosses have been slammed by viewers for their apparent ignorance," the report said.

Also Read: Sachin Tendulkar recalls India's memorable 1983 WC triumph: 'Knew right then, that’s what I wanted to do too'

Several fans have reportedly expressed anger over the advertisement, questioning whether it was appropriate to show it during the Test match.

"Do you really think it`s appropriate showing adverts during the test match which feature the late Shane Warne? Bit distasteful in my eyes..." the report said quoting the tweet from a fan.

Another fan was quoted as saying, "Seeing that advanced hair studio advert with Shane Warne in doesn`t sit right with me."

A fan reportedly tweeted, "Got the cricket on whilst WFH today. Advert for Advanced Hair Studio comes on in between overs, while another said, "Not content with using footage of Graham Gooch that must be 20 years old, they`re still using the late great Shane Warne`s endorsement. Feels a bit weird."