Shami thanks fans, friends for continuous support, says 'always have and will play for my country' 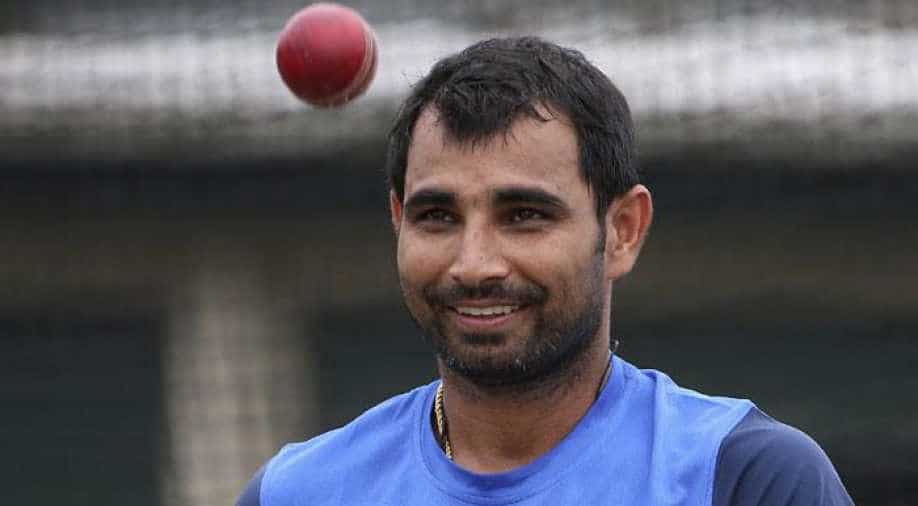 The Indian pacer is set to be offered a Grade B contract by the cricket board and is free to play for the Delhi Daredevils in the upcoming edition of IPL. Photograph:( Zee News Network )

Mohammed Shami took a sigh of relief after Supreme Court-appointed Committee of Administration (CoA) cleared his name and gave him a clean chit in the match-fixing allegations, earlier, levelled by his estranged wife Hasin Jahan.

The Indian pacer, who is now set to be offered a Grade B contract by the cricket board and is free to play for the Delhi Daredevils in the upcoming edition of Indian Premier League, thanked his friends and supporters for keeping their faith in him.

Expressing his gratitude to his friends, family and well-wishers for their continuous support and love, Shami said that he has always played for his country and shall continue to do so.

"I am extremely thankful to all my friends that you continued to have faith in me and gave me your love and support in adverse conditions. I played for you and my country, I will keep playing," Shami wrote on Twitter.

Shami had also been accused of domestic abuse and adultery by his wife earlier this month.

But Shami denied the accusations on social media saying it was all a conspiracy to defame him.

Subsequently, his name had been withheld from the BCCI's new contract list.

In the IPL auction in January, Delhi Daredevils used the Right to Match card to bag his services once again for Rs 3 crore and with his name being cleared, Shami can be seen in action for the Delhi outfit on April 8 against Kings XI Punjab.