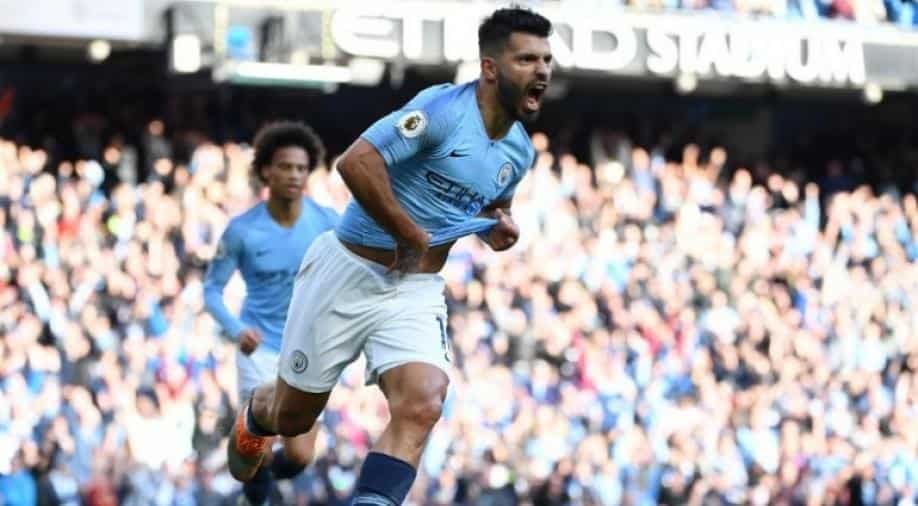 Aguero scored his fifth goal of the season as Premier League champions City beat Brighton and Hove Albion 2-0 on Saturday.

Aguero scored his fifth goal of the season as Premier League champions City beat Brighton and Hove Albion 2-0 on Saturday, but the Argentine was substituted shortly after with Guardiola keen to keep him fresh for the trip to Germany.

"Tomorrow is such a big game and Aguero is here because the doctors said he's able - tomorrow we will decide whether to play him or (Gabriel) Jesus," Guardiola told a news conference on Monday.

Guardiola said midfielder Kevin de Bruyne had started to train with the squad after recovering from a right knee injury that he sustained in August. However, Tuesday's game comes too soon for the Belgium international.

City will be without the injured pair of midfielder Fabian Delph and defender Benjamin Mendy. Guardiola said French left back Mendy could return for next Sunday's trip to Liverpool.

"Delph, no. Mendy maybe (back for Sunday) - we have enough days until the game so hopefully. The problem is that they still didn't train with us, so hopefully when we return they can train with us," Guardiola said.

"We have five finals ahead in the group stage. Tomorrow is the first final," said Guardiola, whose side are in Group F, which also includes Ukraine's Shakhtar Donetsk.

"It's a top quality competition, it's so complicated for all of us and we try to be stable. I think we are making steps forward."