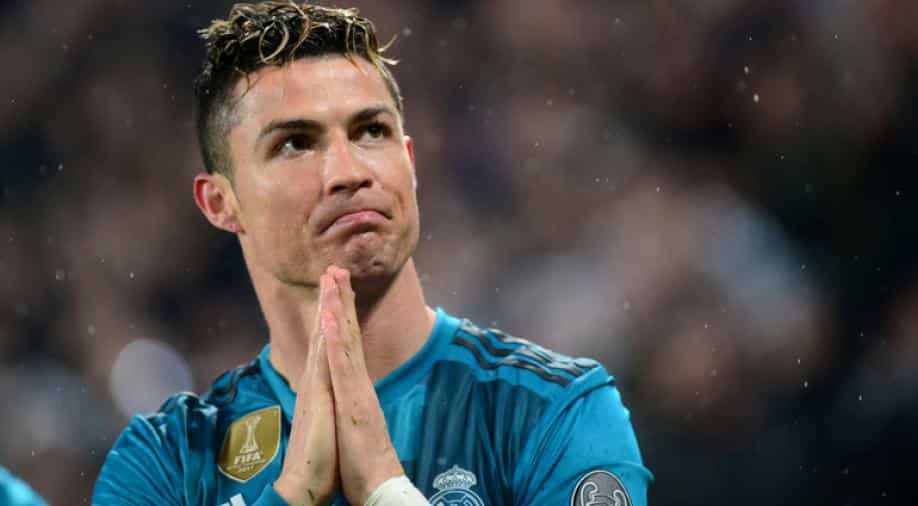 Police said Monday they had reopened an investigation into a rape accusation made by a former model who says soccer star Cristiano Ronaldo attacked her in his Las Vegas hotel penthouse suite in 2009.

"What they said today, fake -- fake news," the 33-year-old star of the Portuguese national team said in a post that was later deleted.

The Las Vegas Metropolitan Police Department confirmed in a statement that didn't name the superstar it had responded to a call of a sexual assault on that date.

"At the time the report was taken, the victim did not provide detectives with the location of the incident or suspect description. A medical exam was conducted," it said.

"As of September 2018, the case has been reopened and our detectives are following up on information being provided by the victim."

Mayorga alleges in the lawsuit that she was pressured into signing a nondisclosure agreement to keep the alleged rape secret and is seeking no less than $200,000 in penalties and damages.

The complaint was first reported by the German magazine Der Spiegel. Lawyers for Ronaldo have reportedly threatened to sue the magazine over the story.

In the suit, Mayorga said she met Ronaldo, who was then 24 years old, on the evening of June 12, 2009 at the Rain Nightclub in the Palms Hotel and Casino in Las Vegas.

It said she accepted an invitation to join Ronaldo and others in his penthouse suite to "enjoy the view of the Las Vegas strip."

She was invited to join guests in a hot tub but she declined because she did not have a bathing suit, the complaint said.

Ronaldo offered her clothing and then followed her into a bathroom where she was going to change clothes, it said.

After she refused his demand to perform oral sex and said she wanted to leave, Ronaldo pulled her into a bedroom and anally raped her while she screamed "no, no, no," the complaint said.

"When Cristiano Ronaldo completed the sexual assault of the plaintiff, he allowed her to leave the bedroom stating he was sorry, he was usually a gentleman," it said.

The lawsuit said Mayorga reported the alleged assault to the Las Vegas police the same day and underwent an examination at a local hospital.

She developed an alcohol problem and was suicidal, according to court documents.

Under pressure from Ronaldo's "fixers," Mayorga settled the case "in exchange for a payment of $375,000 and non-disclosure of the sexual assault," the lawsuit said.

It claimed the agreement should be voided because she was "incompetent and lacked the mental capacity to participate in negotiations and settlement of her claims due to the injuries suffered during the initial sexual assault."

The suit also called for the agreement to be dismissed because it amounted to concealment of a crime for which there is no statute of limitations.

The unidentified "fixers" were named as co-defendants in the lawsuit, which also accuses the Juventus forward of violating the 2010 nondisclosure agreement.

In an interview with Der Spiegel, Mayorga, who has a degree in journalism from the University of Nevada, Las Vegas, said she was inspired to come forward in part by the #MeToo movement that has exposed the sexual abuse of women by powerful men.

Ronaldo is a five-time winner of FIFA's men's player of the year award.

The Portuguese striker, who is a married father of four, left Real Madrid this year to join Juventus for 100 million euros ($117 million).

Ronaldo won two La Liga titles and four Champions League crowns with Real after joining from Manchester United in 2009 for a then world-record fee of £80 million ($94 million).