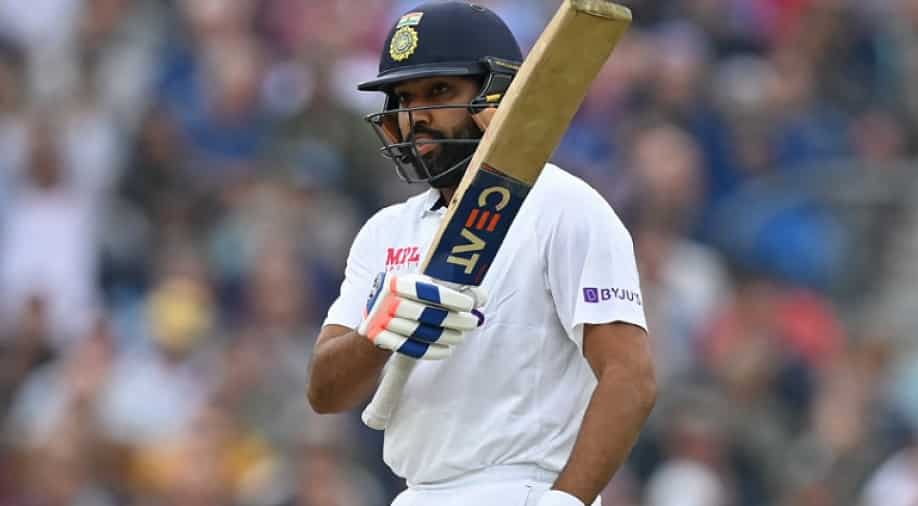 Rohit Sharma has been ruled out of India's upcoming Test series against South Africa. Photograph:( AFP )

India's vice-captain Rohit Sharma has been ruled out of the upcoming Test series against South Africa after picking up an injury during training.

In what comes as a huge blow for India ahead of their upcoming tour of South Africa later this month, vice-captain Rohit Sharm has been ruled out of the three-match Test series due to an injury. Rohit suffered a hamstring injury while training at the Bandra Kurla Complex in Mumbai, where he had been practising for the past week.

India are scheduled to tour South Africa later this month for a three-match Test series followed by as many ODIs. The first Test will get underway from January 26 in Centurion followed by the next two encounters in Johannesburg and Cape Town respectively.

Rohit has suffered a serious injury and his participation in the ODI series as well remains in doubt. He had been appointed as India's new ODI captain and Test vice-captain last week, replacing Virat Kohli and Ajinkya Rahane respectively.

While it is not certain who will take over as the vice-captain in Tests in Rohit's absence, India A captain Priyank Panchal has been named as his replacement. Panchal recently led India A on their tour of South Africa for three unofficial Test matches against South Africa A.

"Team India Test vice-captain Rohit Sharma sustained a left hamstring injury during his training session here in Mumbai yesterday. He has been ruled out of the upcoming 3-match Test series against South Africa. Priyank Panchal will replace Rohit Sharma in the Test squad," BCCI stated in a press release.

The Indian team is scheduled to leave for South Africa on December 16 and Rohit will not take part in the three-match Test series. The newly-appointed vice-captain had recently missed the two-match Test series against New Zealand at home due to workload management.

In his absence, Mayank Agarwal is likely to be the first-choice designated opener along with Shubman Gill. Panchal, who opened against South Africa A, can also be tried out as an opener against the hosts. Nonetheless, Rohit's absence will be a big miss for India as he had been in sublime form in Test cricket of late and had performed exceptionally well in England earlier this year.

Rohit was India's highest run-getter in Tests with 906 runs in eleven matches in 2021.