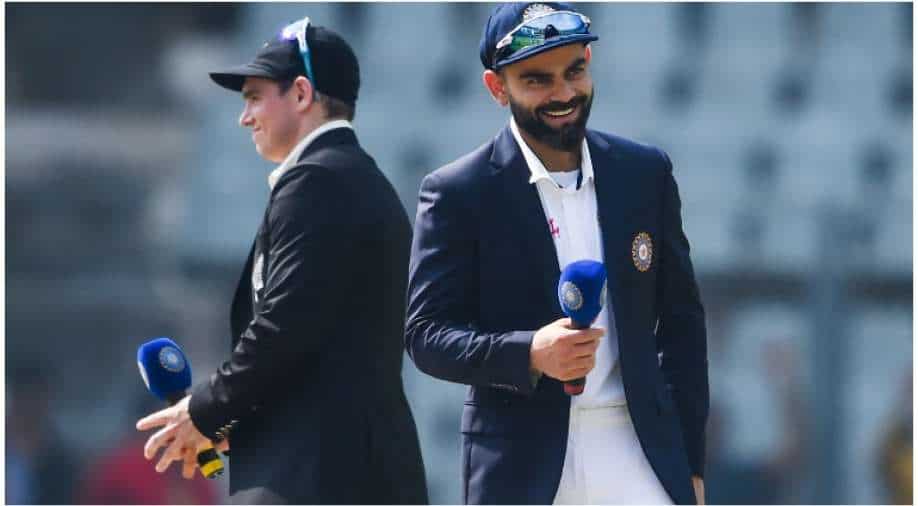 Virat Kohli-led India elected to bat first in the final Test vs New Zealand. After Kohli won the toss, Wasim Jaffer left netizens laughing out loud with a hilarious post.

Team India won the toss and elected to bat first versus New Zealand in the second and final Test at the iconic Wankhede Stadium, Mumbai on Friday (December 3). With this, India have the toss on all five occasions in the home series versus the Black Caps, including the three T20Is and Test series opener.

The home series versus New Zealand has been a unique one for India, with three different captains. While Rohit led the national side in T20Is after becoming the full-time captain in the shortest format, Rahane led the charge in the Test series opener with Kohli being rested. While Kohli returned, and Rahane missed the final Test due to injury, the 33-year-old maintained India's clean record in terms of winning the coin toss in the entire series versus the Kiwis.

ALSO READ | No Rahane, Jadeja and Ishant Sharma: Here's why Team India are without famed trio in 2nd Test vs NZ

For the unversed, Kohli doesn't have a great record when it comes to winning the toss. In 2021, the India batter has lost 17 tosses and won only 6 (including the Mumbai Test). While he has now won three tosses in a row, including India's last two games in the T20 World Cup, his record with the coin toss isn't one to cherish. Hence, former Indian opener-turned-meme-specialist Wasim Jaffer left netizens laughing out loud with a hilarious post:

For the unversed, even Kohli was pleasantly surprised after winning the toss. At the toss, he opined on Rahane, Ishant Sharma and Ravindra Jadeja's absence and told, "We're batting first. Looks like a hard wicket and not a lot of grass. With the sun out, it should be the best time to bat. Rahane had a hammie niggle on Day 5, Jadeja has a swollen right forearm, and Ishant has an injury too. We just have to do the basics right like in Kanpur. NZ must be given credit for batting out the overs on Day 5. We can be in positions to capitalize at home if we play well."

With no Rahane, Jadeja and Ishant in the playing XI, India's line-up for the deciding Test is as follows:

On the other hand, New Zealand are without their regular captain Kane Williamson for the series decider. Hence, Tom Latham is leading the visitors.