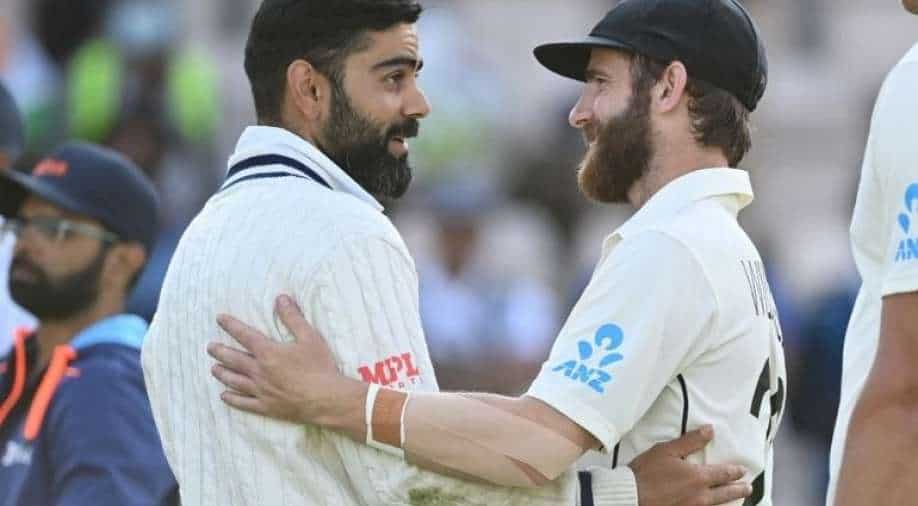 IND vs NZ, 2nd Test: When and where to watch online? Photograph:( AFP )

Virat Kohli led-India will face Kane Williamson-led-New Zealand in the second and final match on Friday. Here are the live streaming details:

After a thrilling Kanpur Test, Virat Kohli led-India will face Kane Williamson led-New Zealand in the second and final test match on Friday.

Virat Kohli, who missed the T20I series and first Test, will be back in action. The return of Kohli will certainly help India's middle-order which has been a point of concern.

Cheteshwar Pujara and Ajinkya Rahane who haven't performed as expected will be looking to regain their form. Skipper Virat has confirmed that wicketkeeper Wriddhaman Saha has recovered from neck spasm and will be fit to play.

New Zealand, on the other hand, has also looked weak in the middle order and would definitely like to do better in the Mumbai Test. It'll be interesting to watch if New Zealand would be opting for the same bowling lineup as their spin unit isn't that experienced or threatening.

Let's take a look at the means on how to live stream or view the match:

The India vs New Zealand 2nd Test match will take place at the Wankhede Stadium, Mumbai.

How to watch live coverage of India vs New Zealand 2nd Test on TV?

How to watch live coverage of India vs New Zealand 2nd Test on the live streaming?

The India vs New Zealand 2nd Test match will be available to stream live on the Hotstar.