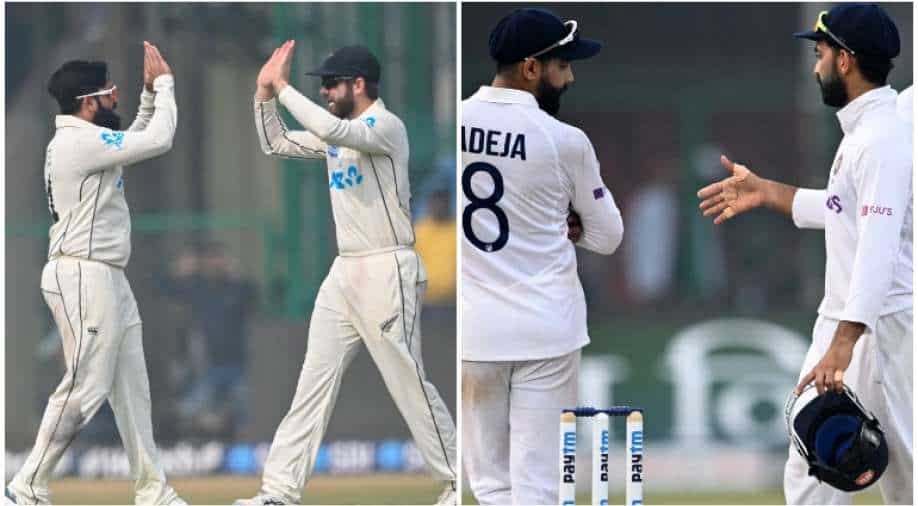 India and New Zealand will meet each other in the two-match Test series finale at Wankhede Stadium, Mumbai. Here's predicting Virat Kohli & Co.'s playing XI for the series finale:

Team India and New Zealand will lock horns with each other in the second and final Test at the iconic Wankhede Stadium, Mumbai on December 3 (Friday). After the series opener went down to the wire with both sides settling for a draw, the stage is set for a riveting second and final Test in Mumbai.

Talking about the series opener, the Ajinkya Rahane-led Team India won the toss and opted to bat first. Riding on Shreyas Iyer's 105 and fifties from Ravindra Jadeja and Shubman Gill, India posted 345 all-out. In reply, NZ were all-out for 296. Courtesy a 49-run lead, India declared at 234-7, setting up a stiff 284-run target for the Black Caps.

Kane Williamson-led Kiwis managed to earn a draw, reeling at 165-9 at stumps on the final day. With all to play for in the series decider, the Mumbai Test is expected to go down the wire. While the unseasonal rains in the city have created some panic among cricket lovers, the weather is expected to be much better as the match progresses. Rahul Dravid-coached India will be boosted by Virat Kohli's presence. However, the biggest question is: who will make way for skipper Kohli?

As per reports, opener Mayank Agarwal might have to sit out. Mayank returned with scores of 13 and 17 in the Kanpur Test. While the pressure is also building up on senior pros Rahane and Cheteshwar Pujara, given their poor run of form, they are likely to hold onto their spots for the series finale. The home side might also be tempted to replace Ishan Sharma with another pacer as he went wicketless in the series opener. In addition, Pujara or Wriddhiman Saha might be given the opening role for the finale.