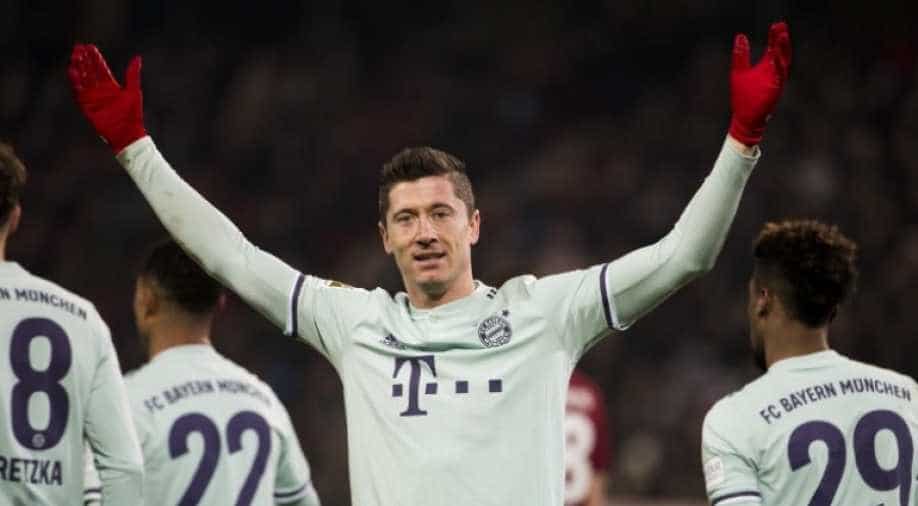 Bayern bosses, however, averted a transfer, insisting that last season's top Bundesliga scorer, with 29 goals, was not for sale.

Bayern Munich forward Robert Lewandowski says he envisages finishing his career with the Bavarian club after this summer's talk of a possible transfer for the prolific Pole.

"I'm not thinking of changing club. I admit it, this summer it could have been a subject for debate but that's now all finished," Lewandowski said in an interview with German sports daily Bild.

"It's very likely that I'll stay here for a long time. I identify totally with Bayern," added the 30-year-old who joined Bayern in 2014 but who was on the radar of both Real Madrid and Chelsea in the summer.

Bayern bosses, however, averted a transfer, insisting that last season's top Bundesliga scorer, with 29 goals, was not for sale.

"I have the feeling that since all these rumours and problems were buried, I am once again with all my heart with Bayern, at 100 per cent."

Lewandowski, however, did urge Bayern to sign up some stars to help their bid for a first Champions League trophy since 2013.

The German champions have been linked with a big-money move for French World Cup-winning defender Lucas Hernandez from Atletico Madrid.

"It would help us more if one or two world-class players join us rather than five good-level players," he said.

Bayern face a tough draw in Champions League last 16, where they will play Premier League leaders Liverpool, away on February 19 and home on March 13.