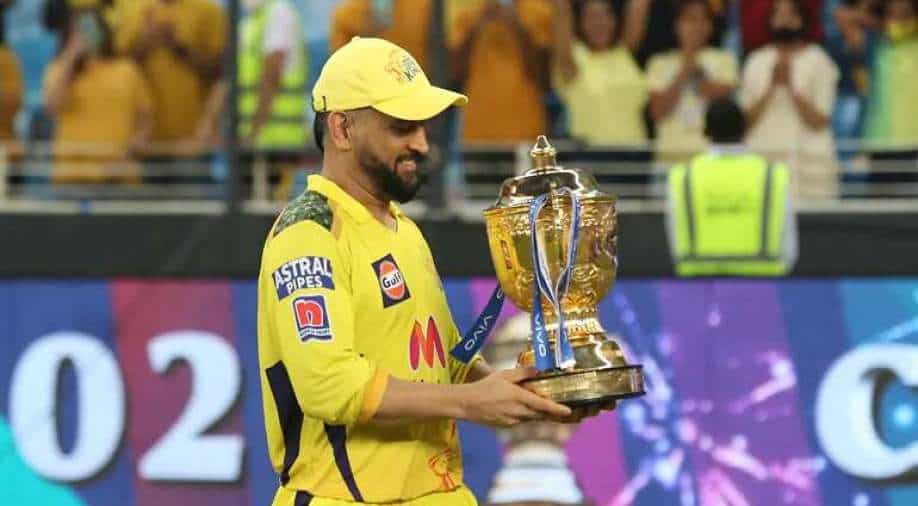 A fule photo of MS Dhoni with IPL trophy after defeating KKR in the final of IPL 2021. (Credit:@IPL). Photograph:( Twitter )

Richard Madley recalled how the former Indian keeper-batter MS Dhoni led to a huge bidding war in the inaugural auction, in early 2008, during a freewheeling conversation with veteran Indian spinner Ravichandran Ashwin.

Richard Madley remains a popular name among IPL fans. Madley took care of the IPL auction for ten years since the inaugural season, in 2008, and recently spilled the beans on how MS Dhoni led to a bidding war among the eight IPL franchises.

Back then, Dhoni had just won Team India the 2007 ICC T20 World Cup title as captain. Thus, he was making heads turn across the cricketing fraternity and was in huge demand due to his power-hitting skills. Thus, Madley recalled how the former Indian keeper-batter led to a huge bidding war in the inaugural auction during a freewheeling conversation with veteran Indian spinner Ravichandran Ashwin.

He then shifted focus on Dhoni and added, "For the next 10 years, I watched Rajasthan Royals be the coolest bidders in the room. They never got excited, Manoj Badale was just cool and a pattern started to emerge. Then out of the bag came the man himself, the ultimate all-rounder Mahendra Singh Dhoni, and there we saw the first bidding war of many in the IPL auctions."

Dhoni has represented the CSK franchise in every IPL season, sans the 2016 and 2017 editions when the Yellow Army was serving a two-year-suspension period due to the spot-fixing saga. Since their return, Dhoni has led the franchise to two more trophies (four overall) as the popular franchise is gearing up to defend their title in the forthcoming IPL 2022 edition.