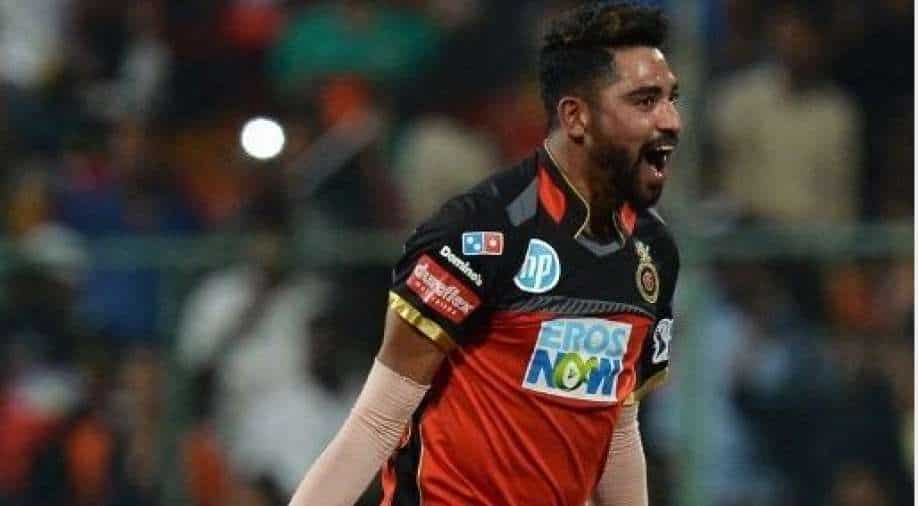 RCB pacer Md Siraj recently spoke about the severe comments he received post his expensive spell versus the then Dinesh Karthik-led KKR unit in IPL 2019.

Mohammed Siraj remains one of the most improved players in Indian cricket. Siraj didn't have a great run in IPL till the 2019 edition but the picture changed from the 2020 season, held in the UAE. Since then, Siraj's swinging deliveries and much-controlled bowling in the death overs saw him rise up the ladder and slowly become a part of the Test line-up.

At present, he isn't a regular in the limited-overs format but has found a place in the Rohit Sharma-led Indian ODI team for the ongoing three-match series versus Kieron Pollard-led West Indies at home. Siraj recalled his struggles and harsh criticism after bowling two beamers versus the then Dinesh Karthik-led Kolkata Knight Riders (KKR) during Royal Challengers Bangalore's (RCB) face-off against the two-time winners in IPL 2019.

"When I bowled two beamers against KKR in 2018 (2019), I received a lot of criticism. People even told me to leave cricket and ‘go drive auto with your father’. There were so many comments," the pacer had said.

Recalling how he recovered from the poor outings in 2019, Siraj dwelled on the team management's support on the RCB Podcast and said, "2019 the performance with RCB was so bad that I thought that's the end of my IPL career. But then I realised that I still have age on my side. So I decided to trust myself a bit and thankfully the RCB management also backed me a lot at that time. I almost thought any franchise in their position would have let go of a bowler after that kind of performance, but they backed me and then 2020 the game against KKR was a life-changing game for me."

After IPL 2020, Siraj went to Australia and was part of India's historic 2-1 Test series win Down Under; claiming 13 scalps (most by an Indian). Back then, Virat Kohli had lavished praise on the Hyderabad pacer and the speedster recalled his words as well. "Virat Kohli told me something I'd never be able to forget. After returning from Australia, he said 'Miyan, well bowled, what you've done in Australia is unbelievable. Nobody will be able to forget what you've done there. Keep at it and keep your focus on fitness and keep putting in the hard work'," revealed Siraj.

Siraj has been retained by the Kohli-starrer RCB franchise ahead of the IPL 2022 mega auction, set to be held on February 12 and 13 in Bengaluru.