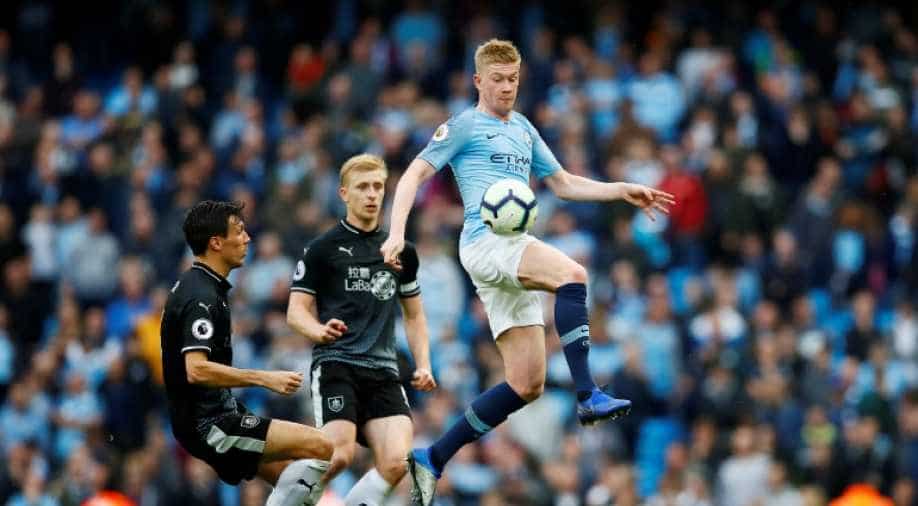 After nine games City are unbeaten and top of the league with a positive goal difference of 23 - ten more than Chelsea.

For all the talk of title bids from Chelsea and Liverpool, defending champions Manchester City are once again looking like the record-breaking side that dominated the Premier League last season.

City crushed Burnley 5-0 at the Etihad on Saturday and while Sean Dyche's strugglers were never expected to win, the sheer strength of City's stylish squad was evident in abundance.

After nine games City are unbeaten and top of the league with a positive goal difference of 23 - ten more than Chelsea.

Last season they scored a record breaking 106 goals in 38 games and, with 26 in nine so far, they are on course to break that record.

The win over the Clarets came with Kyle Walker and Danilo out injured and centre-half John Stones filling in at right-back.

Ominously for their rivals Kevin De Bruyne, whose knee injury has kept him sidelined since the opening game of the season, marked his return as a second-half substitute.

Unsurprisingly Guardiola looked happy and composed after the fifth win in five at home this season.

"Our level at home last season, this season, is high - we win with good performances in general, and we attack more comfortably, with more options," he said.

"We had five different players score, so there is less pressure on (strikers) Sergio (Aguero) or Gabriel (Jesus).

"We learn every day to attack better when they defend deeper... People attack us and we regain the ball... we have a lot of pace to attack on the counter. It is important for us to combine both things, whether they attack or defend deep," he said.

Guardiola feels the atmosphere and mood around the Etihad is well suited to his side.

De Bruyne should make City even stronger and Guardiola expects him to be quickly back to his best.

"He has no pain, physically he is a guy who is so strong, he needs minutes, this is the first time he played 30 minutes and this is so important.

"We have a lot of games but of course he's not new - not like Riyad (Mahrez)- (we have had) three years together so when I say something he knows what we have to do.

"He's another important player and he's back and will help us to achieve what we want to do."