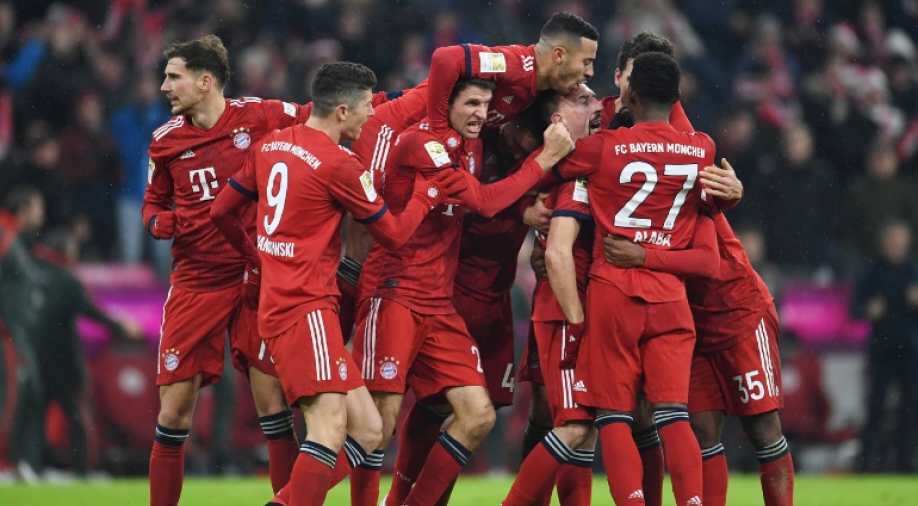 Bayern could move to within three points of the leaders, with a win at Eintracht Frankfurt on Saturday.

Only a few weeks ago Borussia Dortmund looked unbeatable in the Bundesliga, with champions Bayern Munich languishing in sixth place and seemingly out of title contention.

But with the final matchday of the year ahead of the winter break looming this weekend, rejuvenated Bayern could now move to within three points of the leaders, with a win at Eintracht Frankfurt on Saturday.

The Bavarians, who edged past RB Leipzig 1-0 on Wednesday, have now won their last four league matches, and are level on 33 points with second-placed Borussia Moenchengladbach. Dortmund, who on Tuesday suffered their first league loss of the season, are top on 39.

"We showed a will to win against Leipzig. Now we must again use all our power on Saturday and get the three points in (Eintracht) Frankfurt," he said of the first league meeting against his former club.

Kovac has every right to be brimming with confidence given he was teetering on the brink of departure earlier this season when Bayern were suffering from a dip in form.
With Dortmund facing in-form Gladbach on Friday, Bayern can hope to make up further lost ground.

"It is important to use such chances (from Dortmund`s defeat)," said Bayern CEO Karl-Heinz Rummenigge. "Six points are still a lot but what will be important is the points we may get in Frankfurt."

Kovac has some concerns with wingers Kingsley Coman and Serge Gnabry picking up injuries on Wednesday and injured defender Jerome Boateng still doubtful for Saturday's encounter.

Gnabry had to be taken off with a muscle injury after 28 minutes.

"We will have to see with Serge what the tests show. Hopefully there is nothing damaged in terms of muscle."

Dortmund's shock loss against promoted Fortuna Duesseldorf has rattled the leaders who are also almost out of central defenders for the game against Gladbach.
Scoring goals has been no problem for Dortmund this season.

Under-23 player Amos Pieper was brought in to train with the team on Wednesday but coach Lucien Favre has not yet decided on his backline.

"He (Pieper) is an option," Dortmund coach Lucien Favre said. "But we are still thinking about all of it. I cannot tell you yet how we will play."

"It was bound to happen," Favre said of the defeat. "It was just a game. We must now be thinking only of Friday now. We hate losing."