Ravi Shastri reacts to Rahul Dravid succeeding him as India's head coach: He has inherited a great team 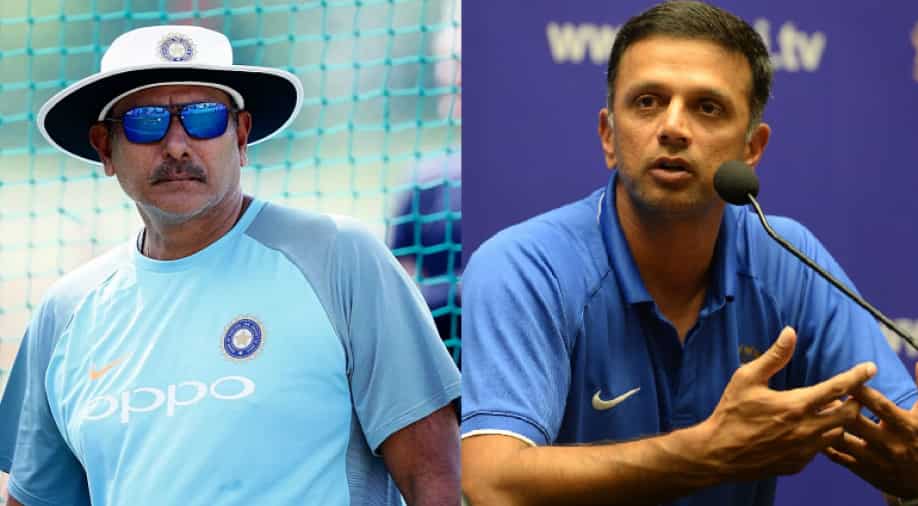 Ravi Shastri is all set to step down from his post of India head coach at the end of the ongoing T20 World Cup 2021. His contract expires after the conclusion of the tournament and Shastri will be looking for new challenges as he part ways with the Indian team. He will be replaced by the legendary Rahul Dravid, who has been already confirmed to take over as the new head coach of the Indian men's cricket team ahead of the start of the New Zealand series at home later this month.

Shastri was asked about his tenure as the head coach of the Indian side as Virat Kohli & Co. took the field against Namibia on Monday (November 08) after bowing out of the T20 World Cup 2021. The Nambia game is set to be Shastri's last as the head coach of the Indian team and Kohli's last as the captain of the T20I side. Kohli has also confirmed he will be stepping down as India's T20I captain at the end of the ongoing tournament.

"In Rahul Dravid, they've got a guy who has inherited a great team and I think with his experience, he can only raise the bar in time to come. There are still players here who will play for another 3-4 years which is very important. It is not a team in transition and that'll make the biggest difference," Shastri said ahead of his last game as India's head coach.

"Virat is still there, he has done a fantastic job as the leader of the side, he's been the biggest ambassador for Test cricket over the last five years. Lot of credit goes to him in the way he's thought about how he wants the team to play the game and how the team has rallied around him," he added.

Shastri was appointed as India's full-time head coach in 2017 and his contract was renewed post the conclusion of the ODI World Cup in 2019. Under Shastri, India dominated in Tests, staying at the top of the Test rankings for several months while also registering some memorable Test series wins at home and overseas.

The Asia Cup triumph under Rohit Sharma in 2018 remains Shastri's only major trophy as a head coach. He helped the team reach the semi-final of the 2019 ODI World Cup and the final of the ICC World Test Championship but India failed to lift the trophy.