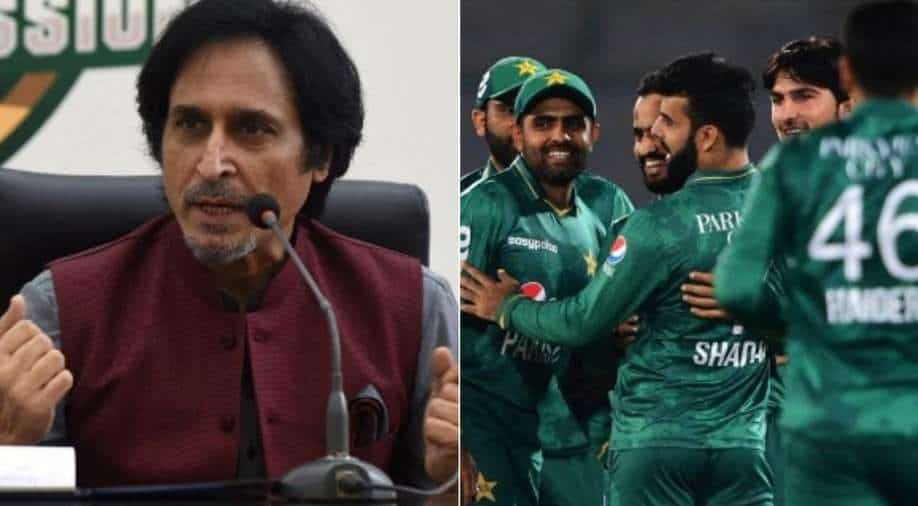 Ramiz Raja weighed in on the goals for 2022 and also stated PCB's aim, which is to elevate the sport to the next level. Photograph:( AFP )

In a video released by the PCB, Ramiz Raza weighed in on the shortest format of cricket

Ever since his appointment as Pakistan Cricket Board (PCB) chief, Ramiz Raza said that he is working to elevate the status and level of the sport in the country. Now, he recently said that he wants to explore the T10 format in Pakistan.

The former Pakistani cricketer has already expressed his desire to hold the Women's and U19 Pakistan Super League (PSL) in future. "Women's PSL is also on my mind," he had said in November, adding that he is hopeful that Pakistan can become the first cricket board in Asia to launch it.

In a video released by the PCB, Ramiz Raza weighed in on the shortest format of cricket, he said, "Viewing organisational excellence, we brought new Chief Executive, a chartered accountant and his track record is superb."

"Second is cricket excellence and we are pushing very hard hence you can see performances of the national team. Third is commercial excellence which is based on our properties, junior PSL, women's PSL, I want T10 to be explored in Pakistan too," he further added.

Raja had also revealed that skipper Babar Azam and wicketkeeper-batter Mohammad Rizwan have recommended including foreign coaches as part of the team management.

During his address, he mentioned that he had a word with Babar, Rizwan and interim head coach Saqlain Mushtaq regarding the team management.

But further informed what he thinks as he said, "But my way of thinking is quite open on this as I think that locals should be involved on away tours. You need regular coaches only to create the best dressing room environment."