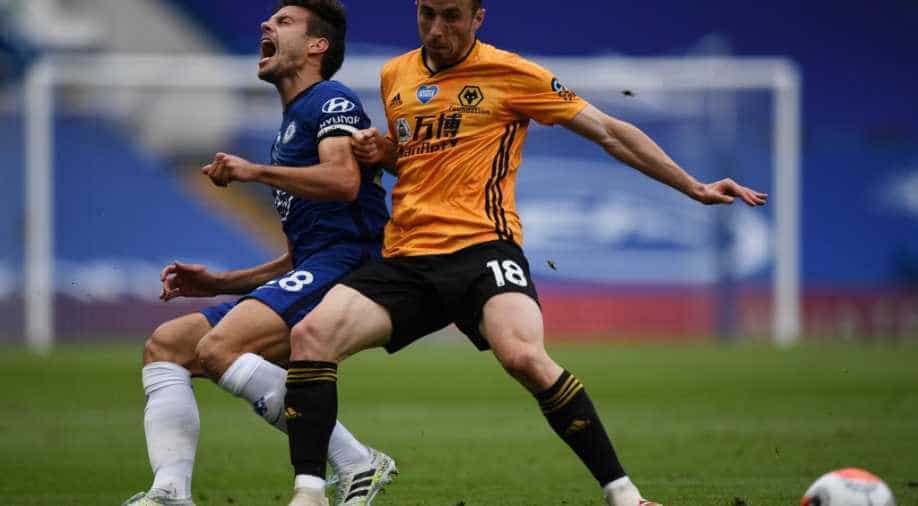 The deal will include Dutch defender Ki-Jana Hoever who will move to Wolves for £10 million (with add-ons).

Jurgen Klopp's Liverpool have accepted £45 million ($58 million) for Wolves forward Diogo Jota. This transfer deal comes with the 23-year-old set to head to Melwood on Saturday to undergo a medical before completing the deal.

The deal will include Dutch defender Ki-Jana Hoever who will move to Wolves for £10 million (with add-ons).

Jota left Wolves before a Carabao Cup fixture against Stoke City on Thursday. He was an unused substitute at the weekend in the 2-0 win at Sheffield United. Whereas, the 18-year-old Ki-Jana has played four times for Jurgen Klopp's side, can play right wing-back, right-back and centre-back.

The defender joined the Reds from Ajax in 2018, and last year, Ki-Jaana signed a new long-term contract at Anfield.

The deal with Wolves for Ki-Jaana is yet to be finalised between the two clubs.

Thiago agreed upon a “long-term contract” with the Premier League champions after ending his seven-year stay with German giants Bayern Munich. Thiago comes with a massive reputation of being one of the top midfielders and was in excellent form in the 2019-20 season where he helped Bayern Munich lift the treble of UEFA Champions League, Bundesliga trophy and German Cup.