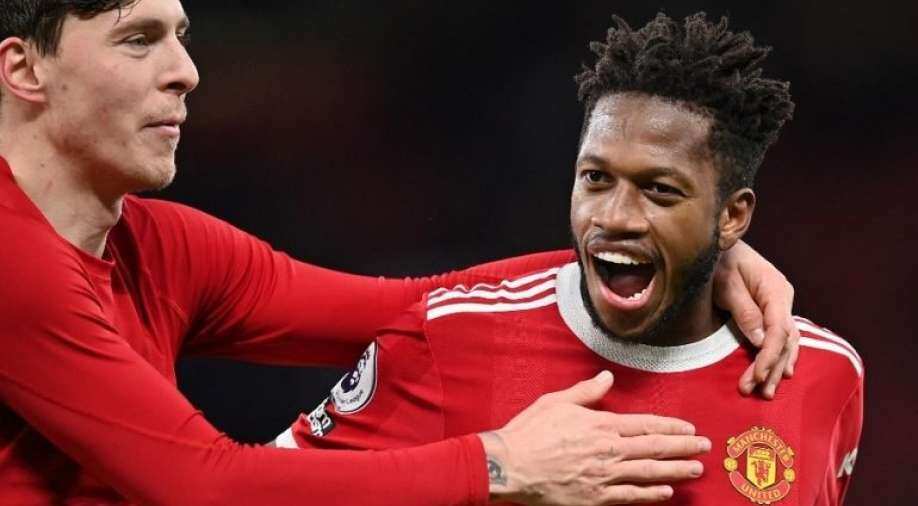 United move back to within three points of the top four and up to sixth in the Premier League table.

Ralf Rangnick's reign at Manchester United got off to a winning start thanks to a stunning strike from the much-maligned Fred to beat Crystal Palace 1-0 at Old Trafford on Sunday.

A bright start from the Red Devils fizzled out without reward and the German looked like he might have to settle for a disappointing draw in his first match since taking charge until the end of the season.

But Fred, who had been a target for much of the criticism towards the end of Ole Gunnar Solskjaer's time as manager, produced a moment of magic with a curling effort on his weaker right foot 13 minutes from time to snatch a crucial victory.

United move back to within three points of the top four and up to sixth in the Premier League table.

There were no immediate changes from Rangnick in the line-up as he named an unchanged side from Thursday's 3-2 win over Arsenal.

But there was an instant change in approach as United pressed Palace into coughing up possession deep inside their own half twice in the first five minutes.

However, there was a lack of precision to match United's intensity.

Cristiano Ronaldo took his tally of goals for club and country to 801 with a double in midweek, but his long wait to net from a free-kick goes on as his effort from the edge of the box did not dip in time.

United's best chance of the first 45 minutes fell to Fred, but his goalbound effort was bravely diverted behind by James Tomkins.

Fernandes finally tested Vicente Guaita from Ronaldo's knockdown before Diogo Dalot fired wastefully over on his weaker left foot with the last kick of the first half.

However, United's early enthusiasm to impress their new boss drained away as the second half performance more closely resembled the final days of Solskjaer's reign.

Palace should have gone in front 15 minutes from time when Jordan Ayew somehow turned Tomkins' header back across goal and beyond the reach of Guehi at the back post.

Rangnick comes with a reputation of putting his faith in young players and showed that as he sacrificed Jadon Sancho and Marcus Rashford for Mason Greenwood and Anthony Elanga in search of a winner.

Greenwood made a telling contribution as it was from his layoff that Fred looped the ball over Guaita.

After a promising start to Patrick Vieira's time at Palace, the Eagles have now failed to win in their past four and the Frenchman's caution helped United towards a first clean sheet at Old Trafford in 16 games.

Michael Olise and Eberechi Eze were only introduced off the bench with six minutes remaining, but had little time to make an impact as a nervy United held out.