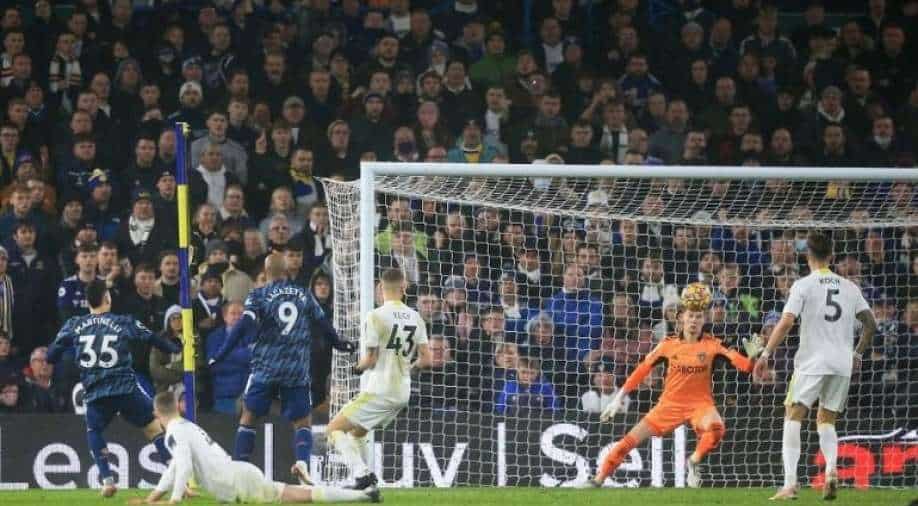 Leeds United football club confirmed the arrest, saying the incident occurred in the first half of the match at Elland Road.

Police made one arrest after Arsenal reported a fan for alleged racial abuse directed at their substitutes' bench during the 4-1 Premier League win at Leeds United on Saturday.

Leeds confirmed the arrest, saying the incident occurred in the first half of the match at Elland Road.

"Racism will not be tolerated at Leeds United and any supporter found to be using racist language will be subject to a lifetime ban for all Leeds United games," the club said in a statement.

Arsenal substitute Rob Holding was pictured talking to the fourth official just after the half hour mark, before a member of Leeds staff was notified.

"I can confirm it and it was reported to stadium manager," Arsenal coach Mikel Arteta told reporters.

"The authorities will investigate that. One of the players on the bench heard those comments. I don't know exactly who it was directed at."

Arsenal stayed fourth in the Premier League standings after the victory.