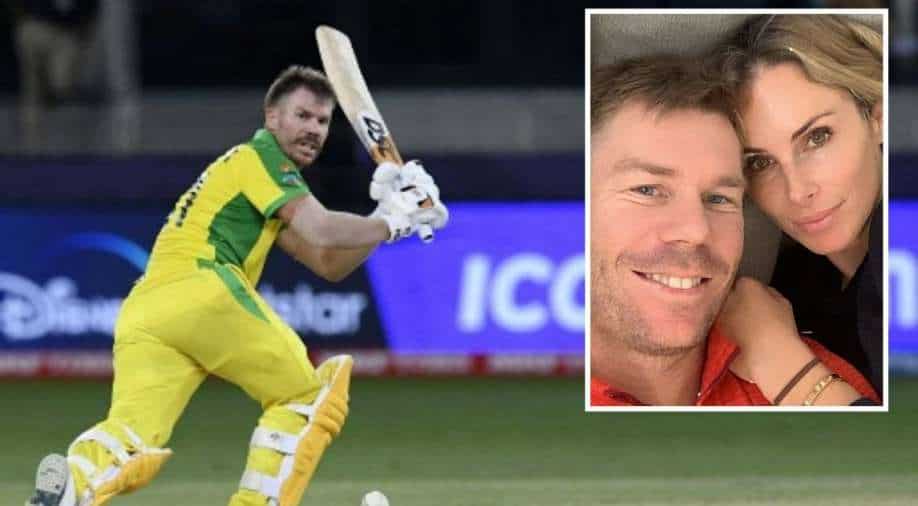 David Warner won the Player of The Tournament award, scroll down to read his wife Candice Warner's message to all the doubters, who questioned Warner's selection for T20 World Cup 2021

Australia's star batter David Warner's wife Candice Warner has a perfect message for all the doubters, who questioned his inclusion in the squad for the ICC Men's T20 World Cup 2021. A group of fans and some critics had raised concerns over the 35-year-old swashbuckling batter's age and performance when the player was included in the squad for the showpiece event.

IN PICS | From India vs Pakistan clash to BLM row: Standout moments of T20 World Cup 2021

However, Warner replied with his bat and emerged as the second-highest run-scorer in the T20 World Cup 2021 with 289 runs, behind Pakistan's Babar Azam, who topped the list with 303 runs.

Warner was a vital cog in Australia's winning campaign, as Aaron Finch-led team clinched their maiden T20 World Cup title after defeating New Zealand in the final on Sunday (November 14) at the Dubai International Stadium.

Candice congratulated the entire team for winning their maiden T20 WC title and in another post, sending her greeting to her husband, she wrote "Out of form, too old and slow! congratulations @davidwarner31".

Out of form, too old and slow! 😳🤣 congratulations @davidwarner31 pic.twitter.com/Ljf25miQiM

After winning the Player of The Tournament award, Warner said, "Always felt really well. Didn't get much time in the middle in the two practice matches obviously. But for me, it was about going back to basics. Going too hard, synthetic wickets and try to hit some balls."

He added, "These guys are a great bunch of guys. Great support staff, great team, great support back home. Just wanted to put on a great spectacle for everyone."

David Warner is named Player of the Tournament for his 289 runs! #T20WorldCup pic.twitter.com/moFerJB0hQ

Former skipper Steve Smith also praised Warner as he said that a lot of people were writing him off but Warner's last two weeks have been "amazing". "He came in with exceptional intent and took the game away at the start," said Smith.

During the match, New Zealand batted first after losing the toss and posted a competitive total of 172 with skipper Kane Williamson leading from the front as he scored 85 runs off 48 balls.

In reply, Mitchell Marsh hit an unbeaten 77 and was part of a 92-run second-wicket stand with David Warner, who made 53. Australian team chased it down with seven balls to spare, with Glenn Maxwell hitting the winning boundary. Australia fast bowler Josh Hazlewood returned figures of 3-16.