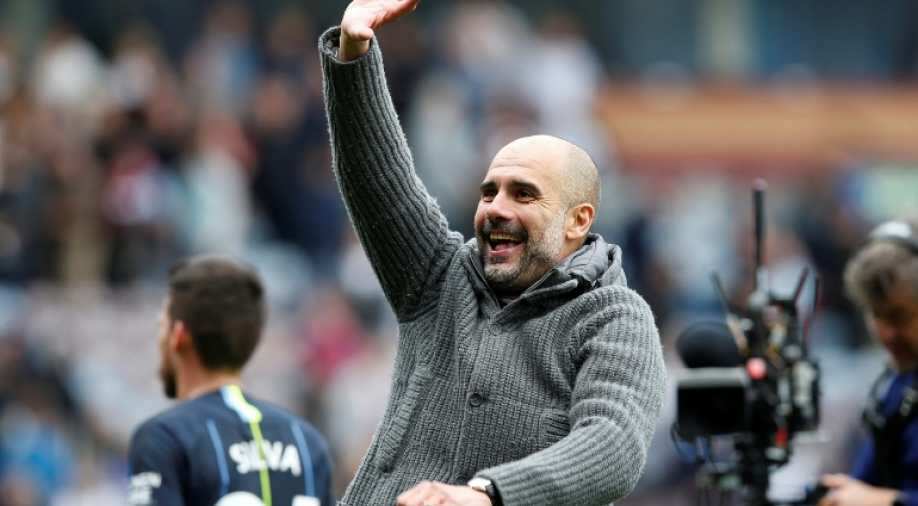 Ending all speculations, Pep Guardiola has committed his long-term future to Manchester City by agreeing on a new contract. The Catalan had only seven months in his current contract and after much speculation over his next move, he has agreed to pen a new deal, which runs till the summer of 2023.

Ending all speculations, Pep Guardiola has committed his long-term future to Premier League club Manchester City by agreeing on a new contract. The Catalan had only seven months in his current contract and after much speculation over his next move, he has agreed to pen a new deal, which runs till the summer of 2023.

Guardiola has agreed to a new contract after talks over the international break. He came to the conclusion that he wanted to remain at the Etihad Stadium.

The international break was the only halt he will have until March and reaching a decision over his contract was of the utmost importance to him.

Guardiola’s new contract takes him beyond the 2021-22 season, representing Manchester City for at least six years, longer than he had been expected when he arrived at the Etihad Stadium in 2016.

Confirming the news, Chairman Khaldoon Mubarak said: “It is testament to the qualities of the man that Pep Guardiola’s passion and intelligent approach are now woven into the very fabric of the football we play and our culture as Club.  That impact has been central to our success during his tenure and it is why I am delighted that he shares our view that there is so much more to be achieved both on and off the field.

“Pep’s contract extension is the natural next step in a journey which has evolved over many years.  It is a product of the mutual trust and respect that exists between him and the entire Club.  It also goes to the stability and creativity at the heart of our football operations.  Importantly it is a validation of the football structure and philosophy that has been built over more than a decade and to which he has contributed so much.

“I’m sure all City fans share my delight in this new agreement and in anticipating the exciting opportunities that, with continued hard work, are there to be taken.”

And Guardiola spoke of his delight at signing the deal, saying: “Ever since I arrived at Manchester City I have been made to feel so welcome in the Club and in the city itself- from the players, the staff, the supporters, the people of Manchester and the Chairman and Owner.  Since then we have achieved a great deal together, scored goals, won games and trophies, and we are all very proud of that success.

“Having that kind of support is the best thing any manager can have. I have everything I could possibly want to do my job well and I am humbled by the confidence the Owner, Chairman, Ferran and Txiki have shown in me to continue for two more years after this season.

“The challenge for us is to continue improving and evolving, and I am very excited and about helping Manchester City do that.”

Manchester City were desperate to sign a new deal with Guardiola and gave him time to think about the decision.

Guardiola has lifted six major trophies with Manchester City, including titles in 2018 and 2019 and is looking to win back the top spot from last year’s champions Liverpool.

He would also want Man City to go beyond the quarter-finals in UEFA Champions League.

The new contract suggests that Man City could reignite their interest in Barcelona talisman Lionel Messi in January.

Guardiola has been left pleased with recent signings in Ruben Dias and Nathan Ake with a new left-back and a replacement for Sergio Aguero high in the agenda in the upcoming window.