Pele briefly back in ICU but now 'stable', daughter shares update with a photo from hospital 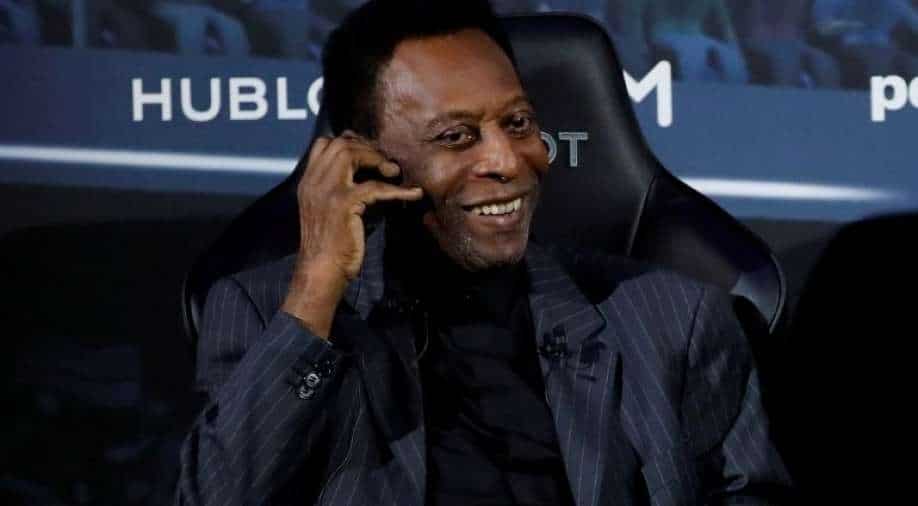 A statement released by the hospital read, "Edson Arantes do Nascimento (Pele) presented brief respiratory instability at dawn on September 17 and as a preventive measure, he was transferred to the Intensive Care Unit (ICU)."

Former Brazilian footballer Pele was admitted again to the intensive care unit after "respiratory instability" early on Friday (September 17). However, Sao Paulo's Albert Einstein hospital said in a statement that the legendary footballer is in a "stable" condition. Pele's daughter also shared an update on her father's heath on social media.

A statement released by the hospital read, "Edson Arantes do Nascimento (Pele) presented brief respiratory instability at dawn on September 17 and as a preventive measure, he was transferred to the Intensive Care Unit (ICU)."

"After stabilization of the condition, the patient was transferred to semi-intensive care. He is, at this moment, stable from a cardiovascular and respiratory point of view and is still recovering from the abdominal postoperative period," the statement added.

On September 6 the hospital said Pele had undergone surgery for a suspected colon tumor. He originally left the ICU unit on Tuesday, telling his fans on social media that he was feeling happier by the day and was looking forward to reuniting with them.

IN PICS | New Zealand abandon Pakistan tour over security concerns: Here's what we know so far

The suspected tumor was detected during routine tests, according to the hospital, where Pele has been undergoing treatment since August 31.

Recently, the ex-footballer posted a message on social media stating: "Friends, I am still recovering very well. Today I received visits from family and I am still smiling every day."

Pele's daughter Kely Nascimento also posted a photo of herself next to her father in the hospital, seeking to cheer up his fans.

"This is the normal recovery scenario for a man his age. After an operation like this, sometimes you take two steps forward, one step back," Nascimento wrote on Instagram next to the photo.

"Yesterday he was tired and he took a step back. Today, he has taken two steps forward," she added.

See this pich, which was posted four days ago: