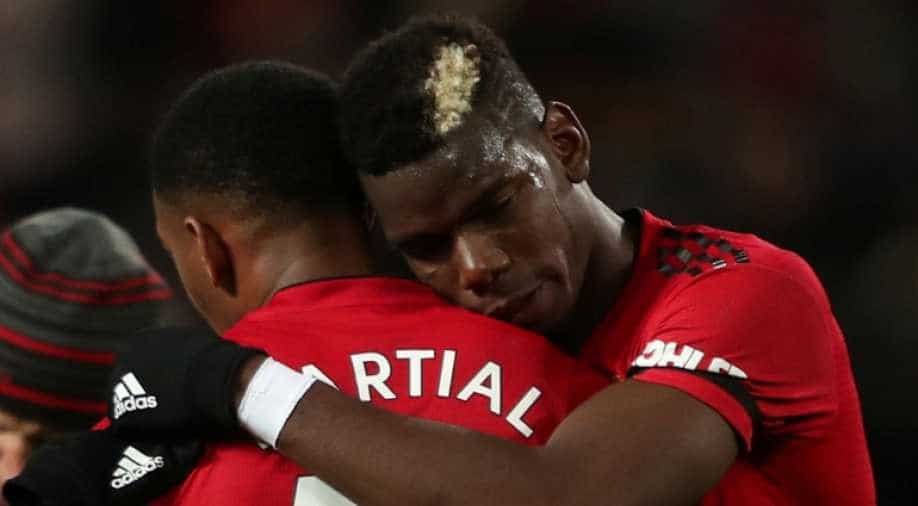 Manchester United boss Jose Mourinho praised Pogba after the game for having the mental strength to take the 27th minute penalty.

Goals in each half from Frenchmen Paul Pogba and Anthony Martial gave Manchester United a 2-1 home victory over Everton in the Premier League on Sunday.

The win, a welcome boost after United's midweek Champions League loss to Juventus, moved Jose Mourinho's side above Everton into eighth place although they are still nine points behind leaders Liverpool.

United grabbed the lead in the 27th minute when referee Jonathan Moss ruled that Idrissa Gueye had brought down Martial in the box, although replays showed the Senegalese midfielder had fairly played the ball.

Pogba took his trademark slow run-up and his spot-kick was superbly saved by Jordan Pickford but the ball fell kindly to the Frenchman who slotted home the rebound.

Four minutes after halftime United doubled their advantage when Pogba resisted the temptation to shoot from the edge of the box and rolled the ball to the left for Martial who beat Pickford with a superb low curling shot into the far corner.

However, Pogba was then at fault, giving the ball away in midfield as Everton got back in the game with a Gylfi Sigurdsson penalty in the 77th. Richarlison was brought down in the box by Chris Smalling after Sigurdsson's through ball from Pogba's error.